Rabat - King Mohammed VI will address the nation on Thursday on the occasion of the 39th anniversary of the glorious Green March, the Ministry of the Royal Household, Protocol and Chancellery announced Wednesday. 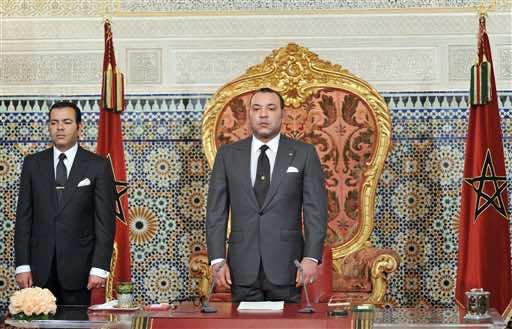 Rabat – King Mohammed VI will address the nation on Thursday on the occasion of the 39th anniversary of the glorious Green March, the Ministry of the Royal Household, Protocol and Chancellery announced Wednesday.

The Royal speech will be broadcast on Radio and TV channels on November 6, 2014 at 8.30 p.m., the Ministry said in a statement.

The Green March is deeply rooted in the history and collective memory of Moroccans, on the political, social as well as cultural levels. This historical event has inspired many artists, researchers, and writers who found great interest in its history.

Each year, the celebration of the Green March revives Moroccans’ patriotism towards their country.

This Thursday, all Moroccans will commemorate the exceptional march that mobilized the kingdom and gave its citizens the strength to cross the country to defend its territorial integrity.