Rabat - The French national (B.F) and the Moroccan-French (A.A) allegedly affiliated to ISIS and arrested on October 27 in Kenitra had "serious terrorist plans" according to ongoing investigations, Morocco's Interior Ministry said Wednesday. 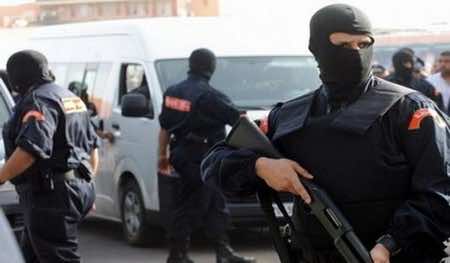 Rabat – The French national (B.F) and the Moroccan-French (A.A) allegedly affiliated to ISIS and arrested on October 27 in Kenitra had “serious terrorist plans” according to ongoing investigations, Morocco’s Interior Ministry said Wednesday.

The two suspects, imbued with the methods of the “Foursane Al Izza” extremist organization operating in France, were planning to set up a terrorist cell in the city of Kenitra to attack several key sites in Morocco using remotely detonated explosions techniques, the ministry added  in a statement.

To execute their destructive plans, the suspects were intending to obtain products used in bomb and explosive device making after  they acquired significant knowledge in this area via specialized websites, the statement noted.

They also had plans to obtain firearms from a military barrack to target symbols of the State as well as foreign personalities in qualitative operations meant to sow fear and terror among the citizens, the statement pointed out.

The two alleged terrorists were arrested by the National judiciary police squad (BNPJ) in collaboration with the general directorate for territory surveillance (DGST).

The suspects will be brought to justice after the completion of the investigation conducted under the supervision of the competent public prosecutor, the ministry concluded.