Rabat - In response to the call of King Mohammed VI, the Moroccans people will perform on Friday Morning at 9:30 a.m. Salat-ul-Istisqa (Prayer for Rain) to implore God to shower on them His bounty of rain. 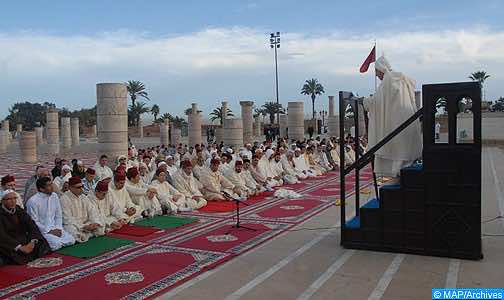 Rabat – In response to the call of King Mohammed VI, the Moroccans people will perform on Friday Morning at 9:30 a.m. Salat-ul-Istisqa (Prayer for Rain) to implore God to shower on them His bounty of rain.

In line with the teachings of the prophet Mohamed (PBUH), the Ministry of Endowment and Islamic Affairs called on Muslims all over the country to perform the Salat-ul-Istisqa on Friday morning in different mosques and prayer areas of the Kingdom.

In an atmosphere of piety and devotion, the worshipers, led by the imam, will beg the Almighty to spread bounteous rain on earth and have mercy on His creatures.

The Prophet (PBUH) made it a custom for the people to invoke this occasional prayer whenever affected by drought and seek the mercy and grace of God to send abundant rain.

The Jewish community of the Kingdom responded to king’s last call for Salat-ul-Istisqa on January this year and performed the prayer in all the synagogues all over the country.

The agricultural sector in Morocco depends largely on seasonal rain fall. The rain has been late this year, threatening a decline in agricultural production, which would have a detrimental effect on Morocco’s national economy.