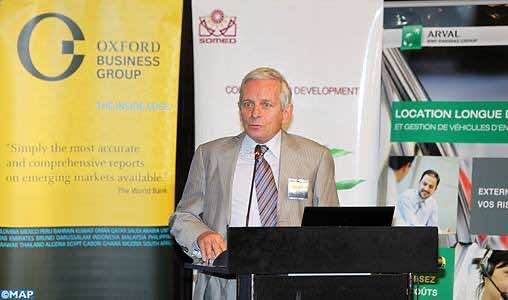 Over the past decade, Morocco has somehow successfully reinvented itself, said Grimsditch who was speaking, Wednesday in Casablanca, at a conference on “Morocco: a decade of changes, growth prospects in an ailing world economy”.

Presenting the conclusions of OBG’s report on the Moroccan economy over the past ten years, Grimsditch noted that the Kingdom posted an average yearly economic growth of 6%, despite the global slowdown and the European crisis, this figure is nearly the double of what was posted in the 90s.

The number of people living on less than 2 dollars per day has decreased by more than two thirds while the rate of primary education stands nearly at 100%, he said.

Morocco is on the right track to produce 20 times more cares than what it produced in 2004, he said, recalling that 100 manufacturers in the aerospace industry gained a foothold in the country.