Rabat- Several hundred people in the Tindouf Camps, in southern Algeria, have reportedly stormed the headquarters of the Polisario front in Rabouni. They are 'outraged' by what they have described as Polisario's policy of 'double standards' in treating detainees. 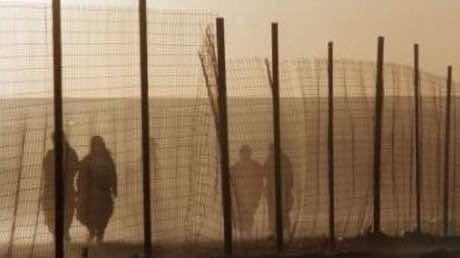 Rabat- Several hundred people in the Tindouf Camps, in southern Algeria, have reportedly stormed the headquarters of the Polisario front in Rabouni. They are ‘outraged’ by what they have described as Polisario’s policy of ‘double standards’ in treating detainees.

The protestors, mostly family members of Sahrawi detainees at the ‘Dhaibia’ prison, took to the streets to denounce Polisario’s involvement in the release of Mahjouba Mohameed Hamdidaf, a young Sahrawi woman with Spanish citizenship, whereas their imprisoned relatives that have been arrested during confrontations with Polisario military security are not ‘being treated on the same footing.’

The 23-year-old, who became a Spanish national in 2002 after being adopted by a Spanish family in 1999, was held captive by her biological parents, who confiscated her passport upon her arrival to the Tindouf Camps last August to pay a visit to her sick grandmother.

Once the story made it to the headlines of newspapers and news organizations in both Spain and Morocco, 4,000 people signed a petition and submitted it to the Spanish Foreign Ministry, calling on it to bring Mahjouba back to Spain.

Faced with the enormous pressure from the Spanish government, NGOs and human rights organizations, including Human Rights Watch, Polisario and the Algerian government promised to release Mahjouba ‘as soon as possible’ from the Tindouf camps.

According to documents acquired by Morocco World News, the Algerian authorities in the Tindouf camps put pressure on Mahjouba’s father to allow her to go back to Spain.

According to the same documents,on October 28 a Mercedes 190D was awaiting Mahjouba just few tents away from where her family lives. Her neighbors and one of her siblings saw her hop into the car.

Mahjouba was working for the London-based Marie Curie Foundation Care before the ordeal began. After she was released, the Spanish Ministry of Foreign Affairs voiced its ‘satisfaction’ for the happy ending of Mahjouba’s story.

However, the news of Mahjouba’s release did not seem to bring much happiness to the population of Tindouf camps, who have since decided to stage demonstrations in front of the General Secretariat of the Polisario Front in Rabouni to protest the ‘selective treatment’ of detainees and the ‘groundless’ imprisonment of their relatives in the ‘Dhaibia’ prison.

Security forces of the Polisario were reportedly given orders to disperse demonstrators after they stormed the main gate of Polisario’s headquarters in Rabouni.

Polisario reportedly used warning shots and tear gas, forcing the protestors that tried to put up a tent in front of the headquarters of the General Secretariat to flee. At least 50 people were detained and others were injured in the protests.

Other protests in the Aousserd camp against Polisario’s ‘violent’ dispersal of demonstrators in Tindouf have resulted in the damage of pro-Polisario government vehicles. Protestors also vandalized the so-called Aousserd Wilaya, denouncing the detention of their relatives.

The detainees in the Dhaibia prison are planning to begin hunger strike to protest against their imprisonment and Polisario’s efforts to prevent them from contacting their relatives.