Rabat - Former Liberian star, George Weah, has called on the Confederation of African Football (CAF) to consider Morocco's request to host the 2015 Africa Cup of Nations at a later date over fears of the Ebola outbreak. 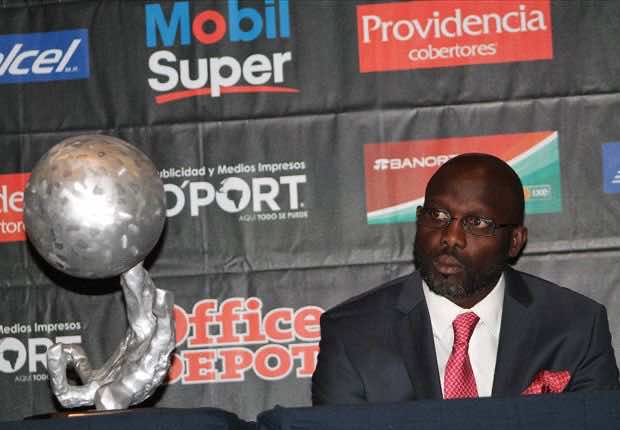 Rabat – Former Liberian star, George Weah, has called on the Confederation of African Football (CAF) to consider Morocco’s request to host the 2015 Africa Cup of Nations at a later date over fears of the Ebola outbreak.

“I hail from a country where Ebola has killed thousands of people. So the best thing to do is to take precautions. Let us be positive about everything. We are aware of the fact that the world is experiencing the [Ebola] epidemic and it is something nobody should handle with levity and we should all fight very hard to eradicate it in our midst,” former AC Milan star told journalists in Abuja.

Following a meeting with Moroccan officials from the organizing committee on Monday, CAF rejected Morocco’s plea to postpone the tournament originally scheduled between January 17 and February 8.

CAF gave Morocco till Nov.8 to come up with a decision on whether to organize the tournament on the planned dates or not.

The Ballon D’Or winner, however, has asked to give Morocco a date extension and not to rush the making of such a decision.

“If Morocco need time to put precautionary plans in place to ensure that those players and officials that would come for the Afcon are safe, then let’s give the country time to achieve this. I think that is the right thing to do. We should be helping Morocco to put in place measures that will ensure the safety of those that would participate in the competition,” he noted.

“So if Morocco wants extended dates for us to be safe when we come for the Nations Cup then let’s give them the extension of date. Everybody loves this game and nobody wants to go to the Nations Cup and come back dead.,” he concluded.