Rabat - A call for donations was launched by the Moroccan team of American football ahead of its match against Egypt on December 13th. 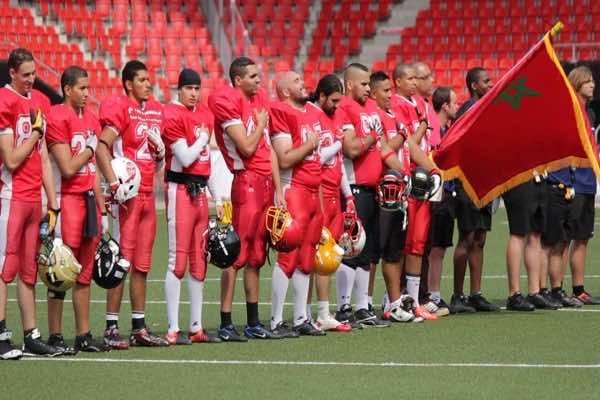 Rabat – A call for donations was launched by the Moroccan team of American football ahead of its match against Egypt on December 13th.

The game will determine which team will represent the African continent during the upcoming American Football World Cup set to take place in Sweden between the 4th and 18th of July 2015.

Created in 2012, the national team of American football is seeking, via the Moroccan National Association of American Football (ANMFA), financial aid to finance their trip to Egypt.

“The financial resources of the ANMFA are very limited, which is why it has launched a crowdfunding campaign,” the association said in a statement.

In an interview with Telquel magazine, Akram El Jannati, vice president of ANMFA said that ‘the association has always operated with the help of volunteers and fans.’

“The players took responsibility for their own travel expenses. But we need funds to pay registration fees, referee fees and membership. These funds will also be used to buy tickets to other members of the technical staff,” he added.

The association has managed to raise $900 so far from the $15,000 objective it is planning for.

The national team of American football played and won its first game on September 7, 2013 against the Knights Neuchatel from Switzerland with a score of 14-0.