Rabat - Many people from the Arab Spring countries are regretting loudly the dictatorships they have euphorically booted out of power few years ago, because since, neither democracy has occurred, as they were told, nor their living standards have improved. Worse, they are facing daily instability and all the dangers it entails, for themselves and their families, and have, likewise, lost their jobs and, as a result, their daily bread, as well as sectarian strife. 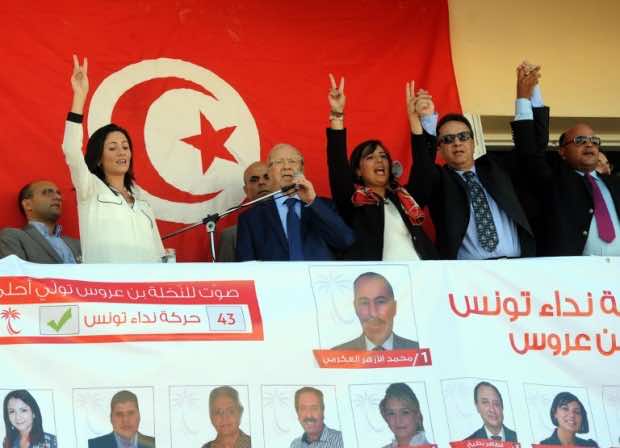 Rabat – Many people from the Arab Spring countries are regretting loudly the dictatorships they have euphorically booted out of power few years ago, because since, neither democracy has occurred, as they were told, nor their living standards have improved. Worse, they are facing daily instability and all the dangers it entails, for themselves and their families, and have, likewise, lost their jobs and, as a result, their daily bread, as well as sectarian strife.

Ethnic and religious minority groups are feeling totally unsafe, in this new situation, where the states, were there are still states, are engrossed in power struggle and have neither time nor energy for ensuring stability and security. As a result, many of these, who have the means, are getting their assets from these countries and making necessary arrangements to move to safer havens in the West. This means national capital is fleeing and jobs are lost. Alongside, foreign investment is fleeing and the economy is feeling the pinch of such unfortunate happenings, if not going bankrupt.

Consequently, many countries are joining the ranks of failed states such as: Libya, Syria and maybe, soon, Yemen will be part of this group. In face of these unfortunate developments, Middle East specialists are asking the classical question: What comes first bread or democracy?

In most of the non-oil producing Arab countries, the society is made up of two distinct classes: poor and rich, which themselves divide into poor and very poor and rich and very rich. The middle class that has existed in some distant past is, by now, history. So, inside each of these countries you have two distinct social groups, with two distinct identities and territories. In many cases, the role of existing governments is to keep these two groups separate to avoid any possible friction that could create strife and unrest.

For many poor people of the Arab Spring countries, the dream of democracy, they might have entertained at some point after the outbreak of the uprisings, is forgotten and/or dumped, for good, because for the majority it means losing daily bread and somewhat living on tribal solidarity, which is still active, but might disappear soon due to the unbearable pressure of demand. When this is over, people will either go in the street to ask for alms and, thus, join the growing army of beggars or turn to banditry. Those who shy from both, out of dignity and self-respect, will face slow death.

The lack of bread and prospects will turn the cities into large zones of instability and insecurity, ruled by mafia lords who will use bread to subjugate the poor and coerce them to achieve their base criminal objectives. These lords might supplant central authority or cooperate with it to keep the poor under control by feeding them in return of their services. The central state might sublet security and stability maintaining to these illegal groups. The insecurity of the individual within the empires of the criminal or war lords will have dire consequences for stability and peace because of proliferation of arms and increase of violent crime.

In a country like Libya this scenario is already in action. The state and the army are inexistent since almost a year, now, instead the numerous militias are ruling the different cities and regions and providing for the needs of the population and, thus, keeping them under control and using them when necessary to further their agendas.

Libya, today, resembles Muslim Spain of the 11th, 12th and 13th centuries, under the rule of various Taifa kings in their different petty kingdoms. Like the Taifa kings in Spain heralded the end of Muslim civilization culminating in the fall of Grenada in 1492 and the completion of the Reconquista, followed by the inquisition. The Libyan Taifas have heralded the fall of the state of Libya and the return to the ancestral tribal system.

Yemen is, also, returning swiftly to the tribal system. Actually, the Yemenis, deep down, never trusted the state and never believed in it. Indeed, it seems that the ousted president Ali Saleh, who still lives in the country, does not want the Yemen to stay united but wants it tribal and, consequently, has incited the Houthis to lay siege to the capital, an incident that has incensed the Americans who, threatened Saleh to freeze his American assets and revoke his American visa. Tribal solidarity in Yemen will prevail over the state, which is a useless entity, after all, for the Yemenis, because the tribe can provide the bread but not the state, especially in time of turmoil.

In Egypt, if ever, the state fails, two nightmare scenarios can be conceived, the cities will be ruled by crime lords, who will secure allegiance by providing bread and some limited services. In the countryside, people will revert to their tribes which have never disappeared, after all. But, this is more unlikely in Egypt because the state is the army and the army is powerful and resourceful and, also, because the Egyptian society is highly educated and would never accept to revert to tribalism, whatsoever.

In Syria, democracy is truly a luxury or rather an intellectual abstract concept that is difficult to understand by many people probably. People living under the state of Bachar are provided with bread on condition to give up any thought on democracy. For people living in the land under control of the war lords Islamist or other, the population not only is not provided with bread but these violent groups take whatever bread they may have and provide them with nothing in return. However, if they resist, they are killed and their families used and abused. So in this case, there is neither bread nor democracy, there is only some sort of limbo punctuated by violence and arbitrariness.

In Morocco, the monarchy thrives because of two important factors: historical legitimacy resulting from continuous existence, without interruption, since the 9th century and its religious role embodied by the sultan as commander of the faithful amir al-mu’minin. Back in 1996, the monarchy initiated incremental democracy and slow devolution of power. It is true Moroccans win bread with much difficulty but they can, also, boast to enjoy some democracy.

The monarchy in Jordan has, likewise, initiated some form of incremental democracy with the actual monarch, who is viewed by the majority of people as the sole guarantor of stability of the country. Indeed, stability is important for a country that has no resources and only lives of trade, tourism and the largesse of the Gulf States. Stability is, also, important for a state in which over half of the population is Palestinian. For the Bedouins, the monarchy is the guarantee of their survival and the same is true for the Palestinians.

Gulf States: plenty of free bread but no democracy

The rich Gulf States provide bread free of charge and all related creature comforts to the population in these countries. Indeed, all the services are free; education, health, and housing. Furthermore, grants are given to the population to buy cars or get married.

At the height of the Arab uprisings, these countries, scared by the prospects of possible revolutions, hurriedly gave the population cash handouts to buy them. These patriarchal and tribal political systems are extremely generous when it comes to bread but will not tolerate democracy because it threatens their existence and their regimes.

Under the pressure of their protector the United States, these countries have made some minimal democratic changes, to please the West more than really render services to their people or make their regimes democratic.

All in all, the Gulf countries owe their political survival and present stability and security mainly to the hypocrisy and opportunism of the West that denounces dictatorship elsewhere, but not in these lands, and, also, to religious conservatism and tribal allegiance. The ruling Gulf families are very generous with their people, but do not accept at all insurgence or revolution or even opposition. They want total subservience and docility in return of bread galore.

Is there hope for democracy in the Arab world?

Yes, there is hope, it is called Tunisia. Tunisia kick-started the Arab Spring in 2010 from the provincial city of Sidi Bouzid, by a young man named Bouazizi, fed up with struggling daily for bread. He, unselfishly, sacrificed himself to fight for bread and democracy. His sacrifice is, undoubtedly, not vain, it led to the Arab uprisings, but most importantly to democracy today in Tunisia. In 2011, Tunisia booted the dictator Ben Ali, voted in the Islamists of Ennahda, who set about to re-Islamize the society, but the Tunisians rejected their model, first in the streets by daily protests and later through the ballot box. The courageous and determined Tunisian people imposed on the politicians their will to enter modernity by voting in a civil constitution and bringing to power the secularists of Nidaa Tounes and relegating the Islamists of Ennahda to the opposition. By so doing, the Tunisians are showing to the rest of the Arab world that you can have your cake and eat it too. As such, they are having bread and the luxury of democracy. Will other Arab countries follow suit?