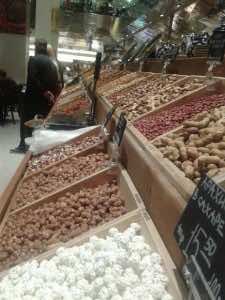 The festival is being organized by the Moroccan Export Promotion Center “Maroc Export” in partnership with Tsvetnoy, Globus Gourmet and Bahetle, three major malls in Moscow. The festival aims at introducing the best Moroccan agricultural products, culture, spa services, and cuisine to Russian consumers.

The first day of the festival started with a cooking class delivered by Chef Kamal Essoulami, who prepared a series of dishes based on Moroccan traditional cuisine, including Moroccan tea. Russian visitors tried some of the dishes and were very impressed by its unique flavor and taste.

The festival is expected to attract more visitors in its remaining days. There will be other cooking shows, as well as an exhibition of typical Moroccan agricultural products, including fresh vegetables, fish, and cosmetic products.

Such events will likely create a positive international image of Morocco as a country of unique culture, and will boost the trade to Russia, a promising market