Washington DC-- The release of  Mahjouba Hamdidaf , a  young Spanish woman of Saharan descent who was held against her own will in the Tindouf camps but returned to Spain few days ago, seems to have ignited further protest against the Polisario leadership and the Algerian authorities. 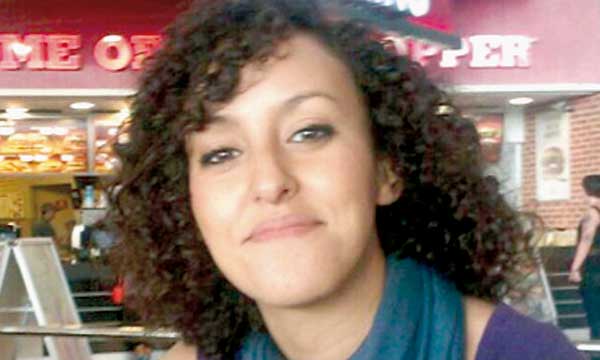 By
Hassan Masiky
-
Hassan Masiky was born in Kenitra, Morocco, and is based in Washington as a blogger and freelance writer.
Nov 7, 2014
Spread the love

Washington DC– The release of  Mahjouba Hamdidaf , a  young Spanish woman of Saharan descent who was held against her own will in the Tindouf camps but returned to Spain few days ago, seems to have ignited further protest against the Polisario leadership and the Algerian authorities.

Several Sahrawi sources in the refugee camps indicate that demonstrations continue in Rabouni. The Polisario militias have reportedly arrested several young men in the Ousrad camp where new confrontations are flaring.

As the situation deteriorates, the Moroccan authorities remain unexplainably silent. The complex hierarchy that handles the Saharan dossier within the Moroccan government must be simplified to help precipitate Rabat replies to crisis and opportunities. 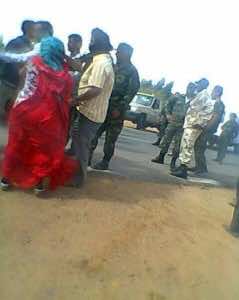 The dozens of men and women, who have since gathered every day in front of Polisario headquarters, and in several camps, are objecting to the way Mahjouba was “smuggled” and turned over to Madrid. They object to the program that sends young Sahrawi women to Spain where some of them are allegedly abused. The Sahrawis are also complaining about Algeria’s role in these activities what some tribal elders describe as an affront to the conservative Saharan culture.

According to several sources in the Rabouni camp, Polisario militiamen were more violent in their intervention during the events of November 3 and 5. Several pictures and videos smuggled out of Tindouf show a massive military presence and several wounded protesters including Mohamed Ould Naama Ould Joumani, Hamoudi Bishari al-Salh and Mohamed Ouba Akhou Ayoub Lhbib who were taken to the hospital for injuries sustained from police beatings.

Saharawi activists have related to the international media a list with more than 50 names of young men arrested by the Polisario during peaceful assemblies in several camps. Some of the arrested individuals are held incognito and some are in the Dhabia prison where they were beaten.

As the situation spiraled out of control, Polisario chief Abdelaziz ordered military units into Rabouni and Ousrad where some demonstrators burned police cars and attacked building belonging to the security forces.

Furthermore, Polisario police Chief Mohamed Allal and the head of the sixth military division AlHassan Boushalka ordered the arrest and beating of any individual caught using cellular devices during the military assault. In an attempt to break this media embargo, a young man, from the Rghibat-alJenha tribe, who tried to film the violence was severely beaten and had to be evacuated to the military hospital in Tindouf.

Family members of the men who were arrested have sent letters to the MINURSO asking the UN to intervene. Some of the prisoners have threatened a hunger strike if the Polisario doesn’t release them.

The upheaval in Rabouni and Ousrad are not pro-Morocco but rather a denunciation of the Polisario leadership and Algeria’s intervention in the Sahrawi affairs. The case of Mahjouba is a pretext for Sahrawis to condemn the policies of Polisario chief Abdelaziz and the lack of basic human and civil rights in Tindouf.

The Sahrawi refugees are angry with the way the Polisario is running the camps. A number of civic groups, including many underground, are demanding real reforms so they can freely decide on the future of their presence in Algeria as refugees.

Morocco should embark on a new global and comprehensive campaign to denounce the deteriorating human rights conditions in Tindouf. Past efforts were meek, inadequate and monotonous. As the country celebrates the anniversary of the liberation of the Sahara, the Moroccan diplomats continue to struggle with explaining their government’s positions. Despite Algeria’s declining political clout and Polisario’ missteps, Rabat can’t seal a favorable deal on the Western Sahara.