Rabat- A seven-member gang was arrested in the northern city of Tangiers on grounds of kidnapping a minor. The gang has reportedly demanded the parents of the victim to pay a ransom of MAD 1 million to release him. 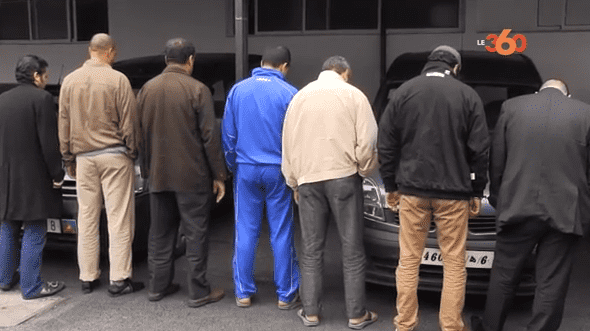 Rabat- A seven-member gang was arrested in the northern city of Tangiers on grounds of kidnapping a minor. The gang has reportedly demanded the parents of the victim to pay a ransom of MAD 1 million to release him.

According to Al Ahdath Al Maghribiya daily newspaper, On October 30, a real estate developer in the city of Tangiers contacted the police in order to report the kidnapping of his son.

Preliminary investigation found that the minor was the victim of a gang comprised of seven members, including a woman.

Police said the kidnappers demanded at first MAD 1 million ransom, and then lowered their demands to 300,000 Dirhams.

The victim was found in the under-privileged neighborhood of Beni Mekada where he was held hostage by the kidnappers, police said.

Authorities said the female member of the gang used Facebook to persuade the 16-year-old teenager to meet her.

As soon as he met with the young woman, the teenager was confronted with the other members of the gang who forced him into their car.

The seven defendants, including the young woman will be brought to justice at the end of the preliminary investigation, according to security sources quoted by the newspaper.