Marrakech-The 14th International Film Festival in Marrakech, which will take place on December 5 through 13 and will pay tribute to three of the most prominent film stars in Egypt, Britain, and United States. 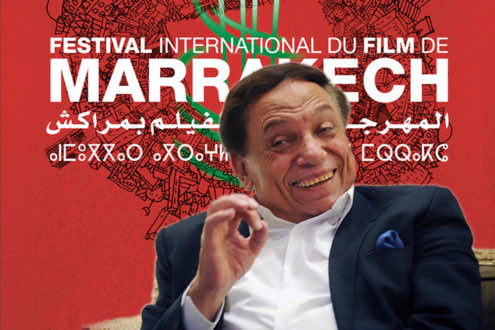 Marrakech-The 14th International Film Festival in Marrakech, which will take place on December 5 through 13 and will pay tribute to three of the most prominent film stars in Egypt, Britain, and United States.

The festival celebrates the most famous cinema actors in the world by honoring the following actors:

Adel Imam, the Egyptian comedy superstar and popular Egyptian movie and stage actor. He started his art career as a comedian, but he has also starred in more films, giving him a chance to bridge comedy and romanticism.

British actor Jeremy Irons, who the Festival organizers called “one of the best-loved actors among film fans the world over.” They mentioned his roles in The Mission, Dead Ringers, and Reversal of Fortune as examples of his memorable moments on screen that will be honored at the festival.

US actor and director Viggo Mortensen. The organizers highlighted his breakout role as an Amish farmer in Witness and his role in the blockbuster Lord of the Rings.