Marrakech- The Minister of National Education and Vocational Training, Mr. Rachid Belmokhtar, unveiled a new educational project, called Vision 2030. The project aims to change the status of Moroccan schools and provide all citizens with a high-quality education. 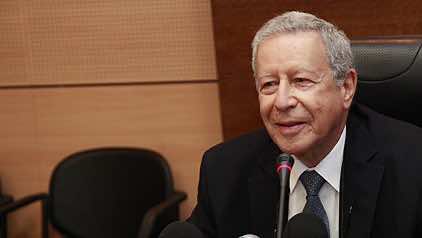 Marrakech- The Minister of National Education and Vocational Training, Mr. Rachid Belmokhtar, unveiled a new educational project, called Vision 2030. The project aims to change the status of Moroccan schools and provide all citizens with a high-quality education.

During the presentation of national education budget projection for 2015 to the lower of parliament’s Committee of Education, Culture, and Communication, the Minister said that the new educational project will allow Moroccan schools to equitably give students a high-quality education, focusing on the high values and principles of the nation.

It will also prepare them for the future and foster active participation in the building of much needed human capital as well as instill openness to universal principles.

To successfully achieve these goals, the new project, called “New School for the citizen of tomorrow”, puts an emphasis on several aspects of education, including mastering the Arabic language, a working knowledge of foreign languages, and integrating general education with vocational training.

Additionally, the plan focuses on promoting self-openness and competencies, improving school output, and emphasizing human capital and entrepreneurship in the competitive field of vocational training.

The Ministry added that the integration of general education and vocational training will be accomplished by discovering occupations during primary education, establishing a vocational track in secondary school, and then moving towards vocational training, paving the way for the professional baccalaureate. It will also create “openness centers” for languages, culture, professionalism, and sports, and will encourage entrepreneurship and initiative.

The total number of teachers reached 230,822, an increase of 2.1 percent compared to last year, according to the same source.