New York - The supporters of the Algerian government are not happy these days with the Lebanese people, especially with the Beirut-based TV channel CBS, and they have every reason not to be. 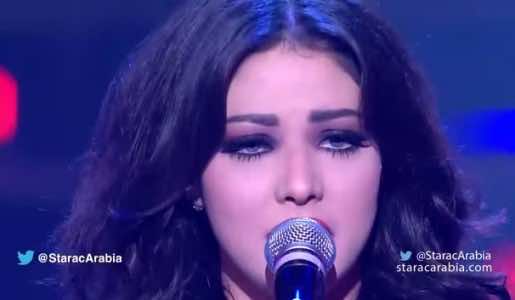 New York – The supporters of the Algerian government are not happy these days with the Lebanese people, especially with the Beirut-based TV channel CBS, and they have every reason not to be.

While their government has been striving, for four decades now, to thwart every Moroccan effort to reaffirm Morocco’s sovereignty over the so-called Western Sahara, some Algerians received a slap in the face on the 39th anniversary of the Green March, a historic march of Moroccans which allowed Morocco to recover the territory 39 years ago.

On Thursday, Arab viewers across the Arab world were watching the TV reality show Star Academy, Ibtissam Tiskat, a young Moroccan participant from Fez, took everybody by surprise when she sang a song that is so dear to all Moroccans who care about the territorial integrity of their country.

Ibtissam gave a splendid performance of Sawt El Hassan Yunadi, the emblematic song that was composed in the days leading up to the Green March in November 1975. The performance was symbolic in itself, but was made all the more poignant by the Moroccan flags waiving in the background while Ibtissam sang, and by the fact that this traditional old song was being sung by a young woman in her early 20’s.

This performance carries a strong message to the world that every generation of Moroccans loves its country no matter what and every Moroccan is attached to the Sahara. More significantly, it was the first time that an Arab channel, that is viewed by millions across the Arab world, broadcast a song that celebrates the “Moroccanness” of the Sahara. And this happened on the day of the Green March anniversary. Moroccans couldn’t ask for a better gift on that day.

The symbolism of the song serves as a reminder to all those who claim that the Sahara issue is merely used by the Palace to divert the people’s attention away from their daily problems, that all Moroccans, from the north to the south and from the east to the west, are attached to the territorial integrity of their country and will spare no effort to defend it.

The Moroccan people know all too well that their country struggles with a number of intractable problems such unemployment, corruption, subpar education and health care, and they do whatever in their power to cope with the situation.

But Moroccans are also very nationalistic and are aware that their country has suffered a lot from the aftermath of colonialism. They are also aware of the importance of the Sahara for their country’s strategic integration with Sub-Saharan Africa. For this reason, they are ready to defend their country in any way they can.

Moroccans may from time to time lash out at the government and express anger and dismay at elected officials, but when it comes to the sensitive question of the territorial integrity of the country, they put their problems aside and show a strong and unified determination to defend it.

I have no doubt that with her performance on Thursday Ibtissam has won the hearts of millions of Moroccans who widely praised her move on social media. She did not only honor her country on the anniversary of the Green March, but she reminded the world that the Moroccan people will remain mobilized and united in defending their country’s strategic interests.

As a Moroccan who is proud of my national identity, who has never spared any effort to defend our country, raise awareness about the validity of Morocco’s position regarding the conflict, or refute the allegations of those who seek to challenge Morocco’s sovereignty over the territory, I would like to say a big thank you to Ibtissam. You have rekindled the values of patriotism and honor that have lain dormant in a sizable portion of the Moroccan people.