Rabat - Africa has made history. During the closing session of the First Global Forum on Youth Policies, held in Baku, Azerbaijan that was held on October 28–30, the birth of the African Network of Youth Policy Experts (AfriNYPE) was announced, the goal of which is to advance the cause of youth policies in the region. 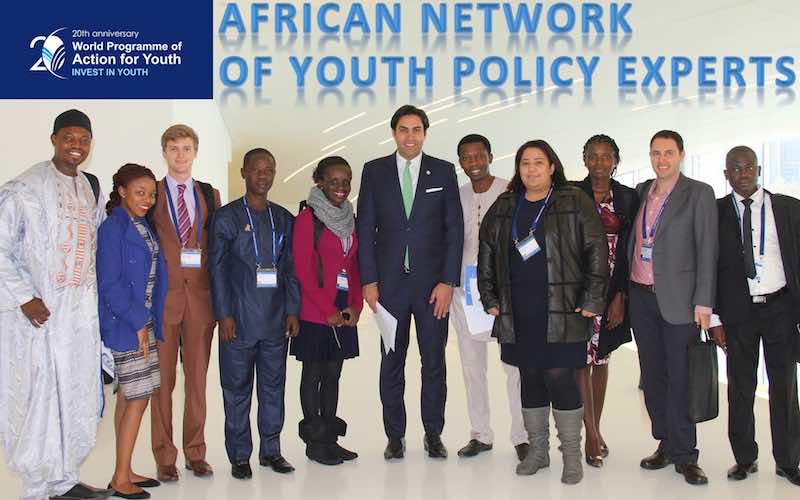 Rabat – Africa has made history. During the closing session of the First Global Forum on Youth Policies, held in Baku, Azerbaijan that was held on October 28–30, the birth of the African Network of Youth Policy Experts (AfriNYPE) was announced, the goal of which is to advance the cause of youth policies in the region.

The network was announced at the closing plenary session attended by over 700 invited delegates constituting experts, researchers, professors, and government representatives from across the world, as well as the United Nations Secretary General’s Envoy on Youth, Mr. Ahmad Alhendawi.

A member of the Steering Committee, Adeola Austin Oyinlade, a human rights lawyer and youth rights/policy expert from Nigeria described the unveiling as “good news from Africa.” According to Mr. Oyinlade, who is also a resource liaison to the African Union (Youth Division) on the implementation of the African Youth Charter, the network’s objectives include establishing a comprehensive research and studies unit in order to collect reliable data and analyze the current situation of youth policies. This will take place in order to advise key African stakeholders on concrete and practical ways to create a more inclusive development and implementation of current policies while improving the legal enabling environment of youth participation in decision making.

Ms. Karima Rhanem, a civil society and youth policy expert from Morocco, told the gathering that, prior to the global forum, young African delegates engaged in intensive dialogue through social media and desk research. Additionally, a situation analysis of youth policies in the region was enacted by the young researchers, as well as mappings and SWOT analyses, which subsequently produced a concrete strategic document that led to the emergence of AfriNYPE.

“AfriNYPE is a collective initiative of experts on youth policies in Africa who shared understanding of the urgent need for concrete development and implementations of youth policies in an African context,” said Ms. Rhanem.

Yvonne Akoth, a gender equality expert from Kenya and a panelist during the Forum, mentioned the need for young African voices to be heard in public and youth policy development processes in preparation for the post-2015 development goals. This would be one of the objectives of AfriNYPE, which Ms. Akoth described as “a network that would build the capacity of young people, by enabling them to understand the importance of policy implementation in addressing issues affecting their overall development.”

On the strategy to achieve its objective, Abiola Hamid, a youth leader and expert from Nigeria said the network will develop a common and workable understanding of youth policies with theoretical and practical key indicators. He added that the network intends to create a database and fact files as reference points for youth policy research in Africa and carry out assessments and evaluations of African youth policies, implementations and impacts on the lives of African youths.

Mr. Seleman Kitenge, Communication Office and Under Secretary General For Media-GIMUN from Tanzania responded, “I want to see young people have enough understanding of all matters related to policy, as well as being able to have a platform to voice out their views and being part of the problem solving, not being seen as a problem.”

Regarding membership in the Network, Michael Zinkanell from Austria, who is working with youth empowerment projects in Uganda, said, “our members consist of youth policy experts, who are directly working with youth empowerment and/or youth policies, targeting the youth in Africa.” He continued, “All members should commonly value a democratic, fair and gender-balanced approach on how to improve young Africans’ lives through policy development and implementation, regardless of ethnicity, religion, sexuality, or political orientation,” he added.

Lombe Tembo, an economist and a member of the Youth Governance and Accountability Task Team under Restless Development UK from Zambia, said the Network membership base is comprised of  “African youth activists, researchers, policy experts and members of civil society organizations who attended the just ended First Global Forum on Youth Policies.” He continued: “We are looking to widen our membership base and will be reaching out to African youth and youth-led organizations within Africa, as well as African youths in the Diaspora.”

During the AfriNYPE steering committee meeting with the United Nations Secretary-General’s Envoy on Youth, Ahmad Alhendawi charged the young network to make ideas into actions. Mr. Alhendawi was quoted by the United Nations News Centre as saying: “We have seen young Africans come together to establish a network for researchers on youth policies. We have seen countries pledging support and commitment and resources to support the global initiative on youth policies. I’ve seen people debating issues around youth policies.”

Since the forum ended in Baku, delegates have returned to their various countries to renew their commitment, engagement and advocacy on youth policy matters. The First Global Forum on Youth Policies was hosted by the Government of Azerbaijan in Baku on 28-30th October, 2014 and was co-organised by the office of the UN Youth Envoy, Council of Europe, UNDP, and UNESCO with technical support of Youthpolicy.org.