Marrakech - The Spanish banking group Banco Popular will be inaugurate a new office in Casablanca on November 11. The office will promote the presence of the Spanish bank within Morocco. 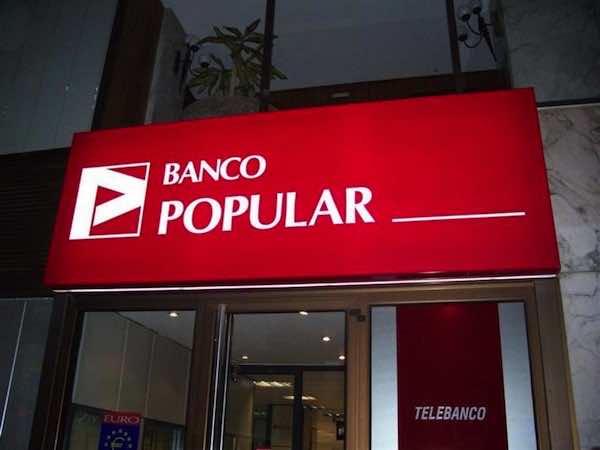 Marrakech – The Spanish banking group Banco Popular will be inaugurate a new office in Casablanca on November 11. The office will promote the presence of the Spanish bank within Morocco.

Francisco Gomez, the bank’s CEO, made the announcement on November 5 at the closing ceremony of the conference “SMEs face global challenges and opportunities.” The bank will attempt to accompany Spanish companies that invest in Morocco.

Besides Morocco, the bank already has opened several offices in Shanghai, Dubai, Frankfurt, Paris and London.

According to Telque, “the Banco Popular is the third largest banking group in Spain. The company made a net profit of 231 million euros in the first nine months of 2014, an increase of 1.7% compared to the same period last year. In June 2014, the group acquired the retail banking and credit cards from Citigroup in Spain, which manages nearly one million credit cards with € 2 billion in assets, 950 employees and 45 branches.”

La Caixa and Banco Sabadell already have branches in Casablanca. These banks have the same objective of accommodating Spanish companies’ investments in Morocco.

Similarly, Grupo Santander is active in Morocco by its long-term shareholder, Attijariwafa Bank, through its subsidiary Santusa Holding. The group now holds a 5.3% stake in the Moroccan bank in 2010, after losing 10% of its participation in the National Investment Company for 4.15 billion dirhams, according to the same source.