Marrakech - Martizana is an online creative craft directory that allows visitors to get in touch with one another and sign up for training workshops in handicraft. 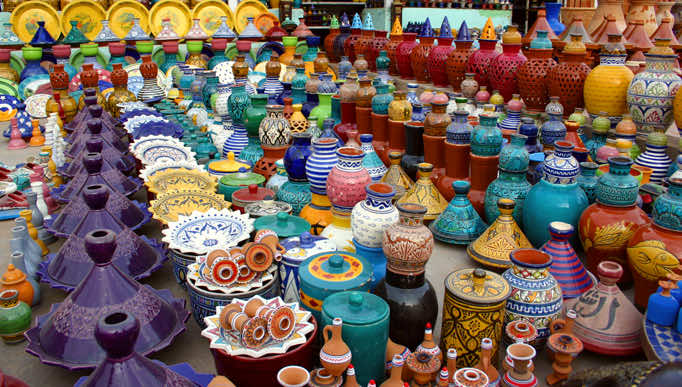 Marrakech – Martizana is an online creative craft directory that allows visitors to get in touch with one another and sign up for training workshops in handicraft.

Martizana, dedicated to the craft, was founded by Sami El Fakir, a telecommunications engineer who gave up his job to devote himself entirely to his project.

Martizana is a catalog that presents artisans and their work, allowing visitors to order items, attend training workshops, monitor progress, and assist in the preparation of their orders.

Sami was aspired by the medina of Marrakech and thought of how to simulate a real-life medina, including crafts and traditional shops, in the virtual world.

Telque quoted Sami as saying “I strolled to the medina of Marrakech, when I met a craftsman who made a keychain of wood. I spent some time trying to make conversation with him while he was making one for me, and that’s where I got the idea for my project.”

Thus, Martizana is a virtual space for those who have no workshop where they can exercise and pass on their knowledge. It is a means for craftsmen to bring together expertise from all regions of Morocco.

“The idea is to provide a showcase for the craftsmen through which he can share his craft, value his work, and explain the process by using videos and even hold workshops to train people interested in the craft,” explains Sami El Fakir.

Additionally, the website will have a virtual souk so that people can discover and buy craft items. “I want people to wander on Martizana as the medina, and meet people with unique talents,” Sami said.

For now, Martizana has already attracted a dozen artisans. The engineer added, “The project will be open to the public once we have surpassed fifty artisans.”

The project will be funded by contributions from artisans. “The artisans will have to pay a symbolic annual rent between 200 and 400 dirhams, according to the offered articles and workshops,” said Sami Al Fakir.