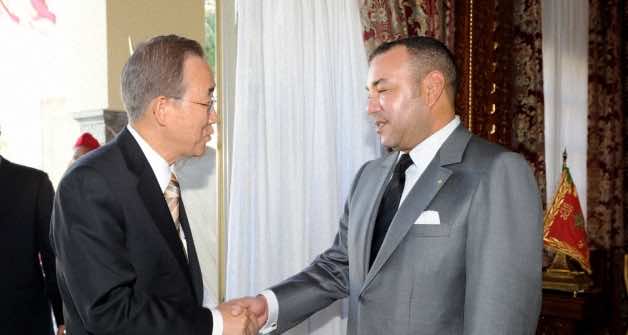 San Francisco – Einstein once said that if he had one hour to save the world, he would spend fifty-five minutes defining the problem and only five minutes finding the solution. When the late King Hassan II agreed in 1991 to a cease-fire and to UN involvement in finding a solution to the so-called Western Sahara problem, he was under the impression that the UN would first try to define the problem and then find a solution.

This has never happened because the UN was never able to define the problem. King Mohammed VI, however, did just that in his recent speech. He defined the problem for the UN and for anyone who has a stake in the issue when he said, “Unless Algeria, the main party in this conflict, is held accountable, there will be no solution.”

Based on the latest leaked documents, Moroccan decision makers are very much aware that the Polisario is not in a situation to make any decision without the blessing of Algeria. The UN itself understands that Algeria is a main party in the conflict, and no country including Algeria itself can deny that Algeria is the one keeping the Polisario alive.

The problem was never correctly defined, and that is the reason that it will never get solved. How can the UN think that it can solve the problem when the real protagonist is not at the table? And why did Morocco sit across the table negotiating with an entity, which has zero power to make any decision?

Since Hassan II agreed to a cease-fire, the UN has done nothing but play games. Sometimes UN envoys side with Morocco, and other times they side with Polisario/Algeria. But this time Christopher Ross has gone above and beyond his mandate and crossed the red line. At times he seems to be working for Algeria. The leaks reveal that he wants to nix Morocco’s autonomy proposal. He refused to put in writing his mission. He asked the Moroccans to give more, but asked nothing from the Polisario. Worse, he considers Algeria as a simple observer, or a well-intentioned neighbor who cares about the well-being of the Maghreb.

The United States is pressing Morocco to stick with Christopher Ross, and to allow all so-called human right activists in the Sahara to do their job freely and without any interference. The Obama administration indicated that Morocco should never expect the US to back Morocco in its fight against the Algerians.

All these events taking place behind the scenes explain the tough and courageous speech from the Moroccan king. Obama’s days in office are numbered, and Hillary Clinton or any future republican president will surely be more understanding toward Morocco. There is no doubt in my mind that John Kerry is still trying to help his friend Kerry Kennedy and that is the reason the white house for the first time is not so keen on keeping its centuries old friendship relations with Morocco intact.

The Moroccan people need to become more proactive. I see zero action on their part to help their country. By staying dormant, they are helping the Algerian regime paint the problem as a colonizing monarchy against poor helpless Sahraouis. Moroccans need to be involved; the King cannot do it alone. He can guide, but the rest needs to come from us and from those who are paid to serve us.