Rabat- Morocco announced its final decision to postpone the African Cup of Nations (AFCON) due to fears of the Ebola virus, according to a press release issued on Saturday by the Ministry of Youth and Sports. 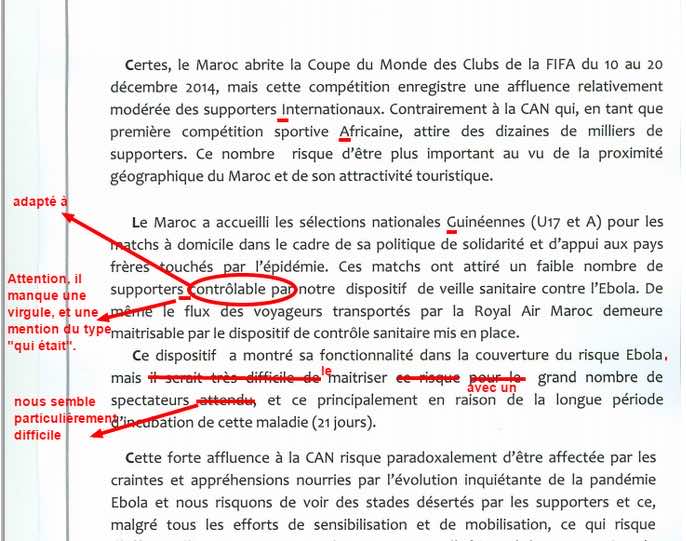 By
Aziz Allilou
-
Aziz Allilou is a student at the Higher Institute of Media and Communications (ISIC) and Morocco World News correspondent in Rabat.
Nov 10, 2014
Spread the love

Rabat- Morocco announced its final decision to postpone the African Cup of Nations (AFCON) due to fears of the Ebola virus, according to a press release issued on Saturday by the Ministry of Youth and Sports.

The press release has since gone viral on social media since it was riddled with errors.

On Saturday, Moroccan and international media, along with many Moroccan social media users anticipated Morocco’s final decision regarding AFCON 2015. A few hours after the Ministry of Youth and Sports issued the press release that announced the Moroccan decision, social media users noticed that it contained several errors in punctuation, as well as in grammar and style

The press release, which was written in French, went viral on social media, as Moroccan Facebook and Twitter users started underlining the errors in red and sharing their corrections, criticizing the Ministry of Youths and Sports.

The Ministry’s press release resulting in tarnishing the reputation of the Minister of Youth and Sports. A Twitter user named Abdlulaah Abaakil wrote in a post that ‘’the quality of this news release issued by Ministry of Youth and Sports, has at least the merit of showing us that Ouzzine lied about his diplomas.’’