Taroudant- A video posted on YouTube showed a young Syrian boy braving a shower of bullets to rescue little girl trapped behind a car for fear of snipers’ bullets. 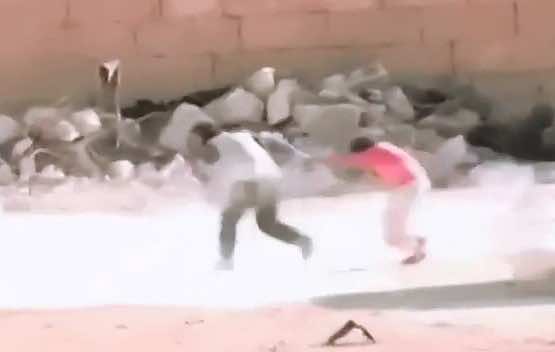 By
Larbi Arbaoui
-
Larbi is a freelance writer and assistant editor at Morocco World News.
Nov 11, 2014
Spread the love

Taroudant- A video posted on YouTube showed a young Syrian boy braving a shower of bullets to rescue little girl trapped behind a car for fear of snipers’ bullets.

The child was seen running heroically in the middle of a shoot-out towards the burnt out shell of a car. Under a shower of bullets, the little brave boy caught the hand of the little girl, allegedly his sister, and made it out safely to hide behind the rubbles.

As he was running, the little boy seemed to be hit by a bullet and fell down lying on the ground. The men who were shouting God is great thought he was dead. Suddenly, the boy clambers back up off the floor and run towards the burnt out car.

For a second, one would think he was seeking to hide from the fire of the snipers, but surprisingly the little bold kid had a mission. He saved his alleged sister from the shooting of snipers.

A group of men, who were supposedly filming the footage, can be heard loudly praising God for the rescue of the child and his alleged sister. The men were chanting “Allahu akbar” (God is great) when they realized he is still alive and expressed their relief after the two children managed to run away safely. 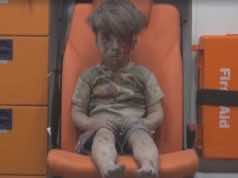