Marrakech - "The Fight Against Corruption" association, an NGO based in Tetouan, accused Hamid Chabat, the leader of the Independence party, of stealing a painting with an estimated value of MAD 7 Million. 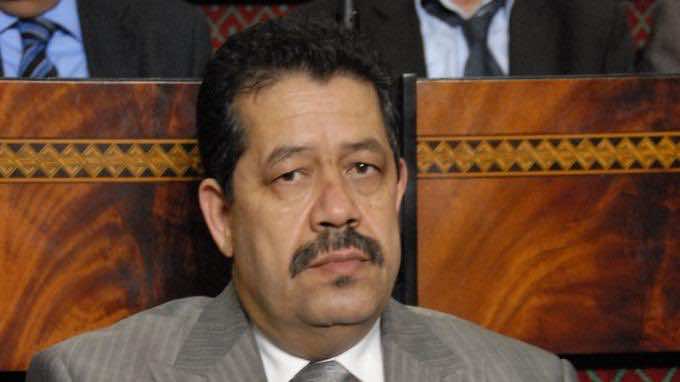 Marrakech – “The Fight Against Corruption” association, an NGO based in Tetouan, accused Hamid Chabat, the leader of the Independence party, of stealing a painting with an estimated value of MAD 7 Million.

The public prosecutor of the Rabat Court of Appeals has opened an investigation into the complaint, which accuses Hamid Chabat and the provincial party inspector in Tetouan, Mohamed Salhi, of stealing a 1935 painting by Spanish painter Mariano Bertuchi, according to Telquel.

“My client filed a complaint against Hamid Chabat and Mohamed Salhi, suspecting them of stealing the tableau that was in the local section of the Independence party,” said Isaac Sharia, a lawyer with the association.

He added, “this work, currently estimated at 7 million dirhams, was filed in this section to be available to the citizens of Tetouan.”

In a statement to Telquel, Hamid Chabat said “the picture was not stolen, but was instead moved to the head office so that it would be better preserved and maintained.”

He added, “it is our property [the party] and we can do what we want”.

But the association’s lawyer further argued, “This work is called The Moroccan Mona Lisa. It was better maintained in Tetouan and, in addition, it was the pride of Tetouan insofar as it was the portrait of a strong national movement in the region against the Spanish colonizers.”

He added that a petition “will start from November 18, once signed by citizens of Tetouan, it will be sent to the king.”

According to Telquel, the Moroccan Mona Lisa is a portrait of the resistance figure Abdessalam Bennouna. The man was one of the founders of the National Reform Party, which later merged with the Independence party.