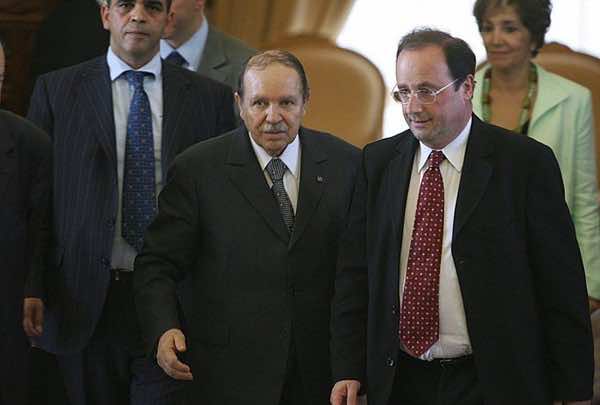 San Francisco- No one can beat the French when it comes to doing business for the good of the French people. This is exactly what happened when France Renault inaugurated an automobile assembly line in Algeria today. Usually, Algerian President Bouteflika does not miss this sort of event. Unfortunately for him and due to his known health issues, he was forced to send his Prime Minister to do the honor for him. This new plant will employ 350 people and the sale of these cars will be strictly to Algerians, which means that French will benefit the most.

The Algerians authorities don’t see it that way, though. They see that France is now on their side, and they can charm France by opening up their economy for it to profit even more if only it continues to side with their regime.

A few months ago, France was considered Algeria’s sworn enemy. Now we see that the Algerians will do anything that would have been considered impossible just few months ago to please the French, so long as it continues the process of dumping Morocco as an old friend and strategic ally.

For instance, no Algerian ever thought that their country would allow a French Judge, Marc Trevidic, to exhume the monks’ remains at the Tibehirine monastery in order to investigate their murder by the Algerian military. Those days are over. Today, the Algerian regime believes that in order to defeat Morocco, they will have to buy those who support it, and France has been a staunch ally and has supported Morocco more than once.

Algerians have always been proud to be the only Arab country that would not sell its soul to the West. It is now doing everything possible to cozy up with France, a country that Algeria always reminds us mercilessly killed 1.5 million of its people.

While turning the page and starting a new beginning with France is good, Algerians have other reasons for their actions. They want to isolate Morocco and force France to withdraw its support for it. The Algerians are willing to forget that France shamed them since independence, as long as it takes them a step further in their master plan to defeat Morocco.

The Algerians would rather start a new beginning with France than with Morocco. Not long ago, the authorities in Algeria were telling their people that they would never forget the massacre of their martyrs by France, and were accusing Morocco of being a sellout. Who’s the sellout now?

Algerian leaders have succeeded in fooling their people into thinking that this French plant, which will employ 350 Algerians, is a phenomenal accomplishment, but they will never reveal to their people the whereabouts of the billions that they make selling oil. We know that much of Algeria’s oil revenue is spent on keeping the peace by bribing their own people and buying weapons they think will be forced to use against Morocco

Let’s see how long this warm relationship will last. As soon as the French finish their charm offensive and get as many profitable businesses in Algeria as they can, you will see them coming back to Morocco..

Let France be France and do whatever necessary for the good of the French people, and let the Algeria fight Morocco day and night until the end of time.