Rabat- A report published by the Qatari-based Doha Institute shows that 53% of Moroccans are against the separation of religion from social and political life. 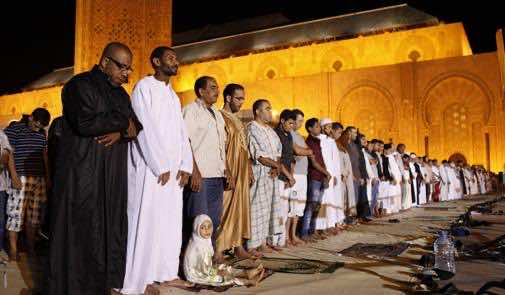 Rabat- A report published by the Qatari-based Doha Institute shows that 53% of Moroccans are against the separation of religion from social and political life.

The survey was conducted in Morocco on behalf of the Doha Institute by a research team in social sciences from the Faculty of the Arts and Humanities Hassan II in the city of Mohammedia. The study used a sample consisting of 1,437 people living in different parts of the country.

According to the survey results, on Arab Indicators 2014 and against all odds, only 37% of Moroccans believe that the practice of religion is a private matter, making the Kingdom the least favorable to the separation of religion and politics among the 15 surveyed Arab countries.

Even Saudi Arabia, where a strict interpretation of Islam is adopted, seems to approve secularism more than Moroccans. In fact, 48% of Saudis push for keeping religion out of politics and society, noted the study.

Respondents from Lebanon and Tunisia scored the highest approval ratings for the separation of religious practice and political life, with 87% and 72%, respectively.

However, 82% of Moroccans agree that ‘people of religion’ should not influence or sway voters to choose between candidates running for office. Only 1% of the population believes that people of religion should have a say in these matters.

According to the 294-page study, 79% of Moroccans believe that the government does not have the right to use religion in order to persuade people to support their policies and decisions.