Rabat - Policewomen from the motorcycle unit are expected to patrol the streets of several Moroccan cities in the coming days in order to maintain order and security. 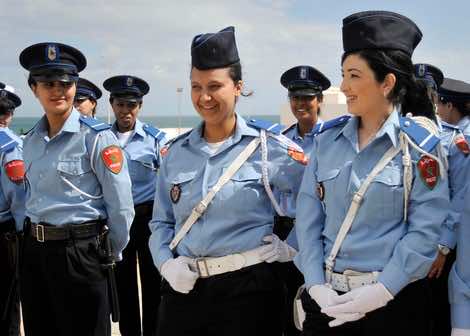 Rabat – Policewomen from the motorcycle unit are expected to patrol the streets of several Moroccan cities in the coming days in order to maintain order and security.

In an unprecedented initiative both in Africa and the Arab world, 21 Moroccan female officers are set to join their male colleagues from the motorcycle unit non-intimidated by the physicality of the job, which requires driving relatively big police bikes.

Previously thought to be only a man’s job, the female officers will be driving police bikes while taking action against crime in the cities of Casablanca, Rabat, Fez and Marrakech.