Rabat- Morocco is among the countries with the lowest level of English proficiency, a recently published report has concluded. 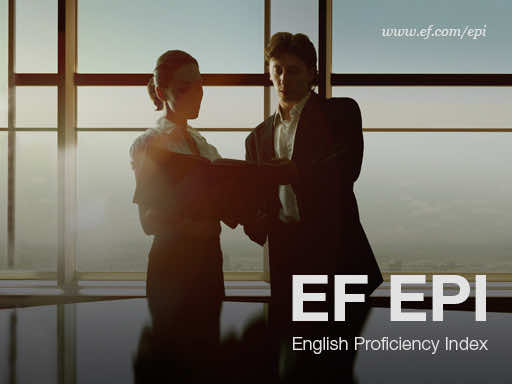 Rabat- Morocco is among the countries with the lowest level of English proficiency, a recently published report has concluded.

In the 2014 English Proficiency Index released by International training company Education First, which looked at proficiency of the English Language in a total of 63 countries and territories, Morocco was ranked among the ten countries with ‘very low proficiency’ of English.

The kingdom was ranked 55th overall with a score of 42.43 placing it right between Kazakhstan and Egypt.

Denmark took the lead as the country with a ‘very high proficiency’ of English, followed by the Netherlands and Sweden.

France, a country with whom Morocco shares very deep historical and cultural ties, was ranked the country with the lowest level of English proficiency out of all EU countries.  It was ranked 29th overall.

However, European adult English proficiency remains ‘remarkably strong’. 19 European countries made it to the top 22 in this year’s index.

Since it includes eight of the ten lowest-performing countries in this year’s index, the Middle East and North Africa region (MENA) is by far the world’s weakest region in English proficiency, noted the study, which used test data from 750,000 adults, aged 18 and above.

With the exception of the United Arab Emirates, which stands out in MENA for its relative success in English language education and to some extent Jordan, the countries of the region have measurably declining English skills, including several countries with marked declines of four or more points.

According to the study, the data gathered for this year’s index show that globally, English proficiency among adults continue to rise and that women speak better English than men in nearly every country and region surveyed.

It also indicated that there are strong correlations between English proficiency and income, quality of life, ease of doing business, internet usage and years of schooling.