San Francisco - While Africa's passageways of migration are more varied and numbered than any in Europe or North America could dream of, there's an aspect to migration to which Morocco and other African countries are yet unaccustomed - legalization of illegal immigrants. 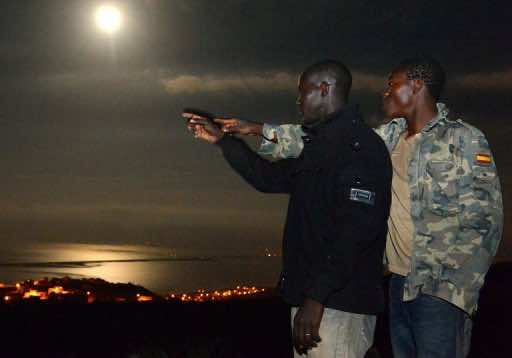 San Francisco – While Africa’s passageways of migration are more varied and numbered than any in Europe or North America could dream of, there’s an aspect to migration to which Morocco and other African countries are yet unaccustomed – legalization of illegal immigrants.

While attempting to garner a higher status in both European and African regional politics, there are other crucial effects of the 2014 legalization program that Morocco and its policymakers shouldn’t ignore.

Throughout 2014, King Mohammed VI and Prime Minister Abdelilah Benkirane have been implementing a legalization program for the tens of thousands of illegal Sub-Saharan immigrants residing in Morocco. Though there are requirements such as a minimum two year residence and spousal or filial connection to the country, on top of employment and medical history, this is a measure that benefits both the king’s interests and the interests of the Sub-Saharan immigrants who have failed to reach Europe through the dangerous passageways of Melilla and Ceuta. One reason to praise Morocco’s legalization program is that it is far less lenient than Spain’s 2005 Normalización program, which legalized hundreds of thousands of immigrants with much less restrictions or qualifications (UC Davis 2005).

Hamid Chentoufi, a political analyst, agrees that while Morocco’s legalization program is good on a humanitarian side, it will encourage more illegal migrants to come seeking residency in Morocco (Ferrer-Gallardo and Planet-Contreras 2014). I don’t share this analysis and I think that there are strict prerequisites and ceilings for the residency permit. In addition, this is not simply a humanitarian move by the king. This legalization move will politically benefit Morocco in a way that improves its status with both Europe and Africa. It is necessary to see how King Mohammed VI’s regional politics play will provide advantages or disadvantages for Moroccans and the immigrants themselves – this report will examine the political and social dynamics as well as point out key aspects that Morocco’s government is neglecting throughout the legalization process.

Morocco’s advanced status with the EU is a coveted position; Morocco benefits from numerous agreements that provide it with some free trade benefits as well as economic and development aid. Europe desires Morocco’s cooperation in deterring the heavy flows of illegal immigrants who try to enter southern Europe, and while Morocco used to be incredibly lenient with immigrants passing through, it can no longer turn a blind-eye if it wishes to maintain favor with Europe. Politicians in the country focused on blaming Sub-Saharans for political unrest and unemployment in Morocco to gain public approval of stricter measures against immigrants.

However, since mistreatment of immigrants on Ceuta and Melilla by Moroccan authorities brought a critical humanitarian eye on Moroccan authorities (Agora Magazine 2012), the State has had to shift its agenda toward promoting legalization as a way to solve economic problems and bestowing humanitarian aid on these immigrants. This improves Morocco’s position both with Europe in terms of keeping illegal immigrants from going all the way north, and with international organizations who have been paying closer attention to Morocco’s human rights records. To make its new stance on immigrants become approved by the public, Morocco has had to enhance border control and, with the 2014 legalization program, keep immigrants with “good behavior” and employment in Morocco.

Immigration reform is presented as a national interest and benefit for the economy with humanitarian aid and generous legalization being the methods of attaining this benefit. This enhances Morocco’s position as a mediator and an interpreter between African and European interests (Natter 2014), while keeping it friendly with both regions – its first show of this role was hosting the first Euro-African Ministerial Conference on Migration and Development in 2006 in Rabat. While Morocco is playing its regional politics well in terms of immigration reform, it still a country unaccustomed to the legalization process. Through coping with changing institutions, it will also have to face shifting views of the Moroccan public and new interests groups formed for or against the rights of the newly legalized immigrants.

Institutions for representation of immigrants’ rights and citizenship benefits are not as well established in Morocco as they are in countries who have had more history with legalization programs, such as Spain. A useful lesson for Moroccan civil policymakers to adhere to is the three stages of migration: 1) immigration, 2) settlement, and 3) minority formation. Once Morocco tackles the questions of how and where to settle migrants with functioning integration tools, it will see on the horizon the formation of minority groups of immigrants, either from similar countries or simply as a unit of immigrants. Since Morocco is new to these aspects of migration, immigrants themselves will need to form interest groups and networking circles with Moroccans and other immigrants so that rights can be achieved and so that violence and discrimination against the perceived economic and social threat of immigrants – which often come as a side dish to the three stages of migration – can be avoided as much as possible (Alaoui 2009).

One example of a social campaign to end violence is the Moroccan NGO Forum ANFA with the “I am Moroccan, I am African” campaign to promote education of multiculturalism, respect for different religions, and solidarity among Africans (Rhanem 2014). According to a Moroccan university student, Fatine Meziane Elotmani, immigrants inside Morocco, especially from other African countries, are mostly avoided since they are more similar to Moroccans than, for example, British tourists, who are seen as a curiosity and are given the utmost hospitality. Immigrants in this situation are often blamed for economic crises. While there are many people, like Fatine, who welcome the change the immigrants bring, there is a necessity for social campaigns such as “Je ne m’appelle pas Azzi” – Black isn’t my name – to combat racism in the country (Gurp 2014).

Compared to some European policies in the twentieth century, Morocco’s legalization practice is much more restrictive (Castles and Miller 2009). In this way, it will focus on benefiting the economy, preventing mass immigration, garnering favor with Europe for curtailing some illegal immigration, and maintaining friendly relations with Sub-Saharan countries. All in all, it is a smart move by King Mohammed VI. While Morocco plays its regional politics quite well, it needs to focus on the future effects of migration that are as of yet unknown to this new “immigration country.” Though civil society, social diversity, and public opinion may not seem like important issues to the government at the moment, they can create much larger problems for Morocco in the future.

To combat future civil unrest – which will lead to international disapproval, violence in-country, and criticism from African and European partners – Morocco needs to handle a few issues with long-term measures. First, it needs to gain more public approval of legalization by backing it up with comprehensive integration and economic stability programs for immigrants while not giving special treatment to these immigrants over native Moroccans. Second, Moroccan policymakers will need to maintain authority over the actions of its troops on Melilla and Ceuta to prevent future violence against Sub-Saharans still attempting to reach Europe. Lastly, the Moroccan government will need to do all it can to promote civil organizations for anti-discrimination, migrant and minority rights, and humanitarian solidarity. While Moroccan policymakers may believe they have the political game of legalization and regional cooperation managed, they will need to learn from Europe’s mistakes and focus on the social and cultural aspects of increased immigration – or else face severe internal problems down the road.