New York - In the world population, there are approximately 1.6 billion Muslims, making Islam the second largest religion. As Dr. Omid Safi states in his book “Memories of Muhammad”, “whether some of us think of ourselves as Americans first or citizens of one shared planet first, it is simply part of being an educated citizen to have accurate knowledge of the faith of Islam.” 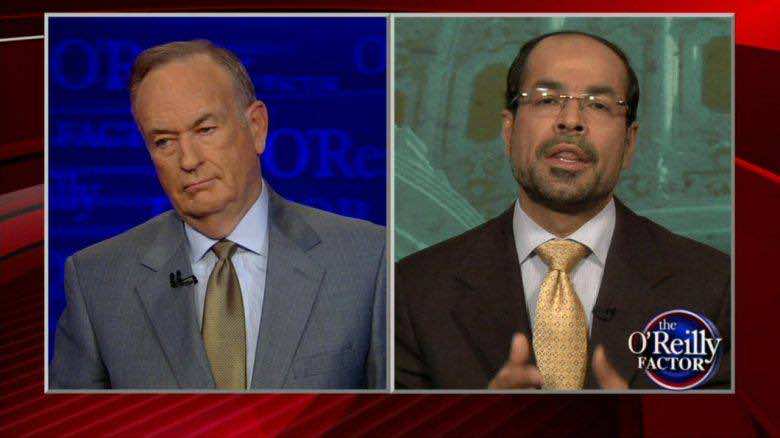 By
Paola Garcia
-
Paola Garcia is a writer and translator from Chihuahua, Mexico.
Nov 13, 2014
Spread the love

New York – In the world population, there are approximately 1.6 billion Muslims, making Islam the second largest religion. As Dr. Omid Safi states in his book “Memories of Muhammad”, “whether some of us think of ourselves as Americans first or citizens of one shared planet first, it is simply part of being an educated citizen to have accurate knowledge of the faith of Islam.”

It appears, however, that there are some news organizations in this country that are intent on ensuring that the exact opposite happens: that the image of one quarter of the world population gets distanced as far as possible from the reality and that people become persuaded that tearing down the faith of a fourth of humanity will somehow lead to a solution to the problems we face.

This is entirely absurd and yet, exactly what happened this October when Fox News decided first, to issue a challenge for leaders of the Muslim world and Muslim organizations worldwide to publicly condemn “Islamic Extremism” on the air and then, upon being immediately taken up on the challenge by the Council For American-Islamic Relations (CAIR), reneging the offer.

This offer and its immediate withdrawal came after several statements were made by Fox News personalities who manipulated the audience into believing that Muslims globally are silent on the issue of terrorism, have failed to condemn it, or, even worse, accept it, all of which are entirely false.

On Aug. 12, 2014, Sean Hannity, a Fox News host, stated “As we witness the rise of radical Islam all across the globe, and thousands of innocent non-Muslims are being terrorized for their faith, I can’t help but wonder, where are the Muslim leaders? Now, since September 11, 2001, radical Islamists have attacked all the places that you see highlighted on the map on your screen, including, let’s see, New York, Madrid, Moscow, London, Washington, D.C. So the question is, will prominent Muslims denounce and take on groups like ISIS, Hamas, and condemn and also fight against their unthinkable acts of terrorism?”

The sole purpose of these statements is to incite animosity and hatred towards all Muslims for “failing” to denounce acts that, to begin with, have nothing to do with Islam. But, that is too large a subject to approach in this article. Focusing on the subject at hand, this purposefully false statement ignores and completely denies the fact that these “acts” have constantly been denounced and continue to be vehemently opposed by the vast majority of the Muslim leaders and the Muslim population.

According to CAIR, the nation’s largest Muslim civil rights and advocacy organization, Fox swiftly withdrew its offer when contacted by the organization. CAIR stated that despite its “immediate agreement to have its National Executive Director Nihad Awad appear on Greta Van Susteren’s program to repeat the American Muslim community’s consistent condemnation of religious extremism and terrorism, her producers changed the terms of the challenge and ultimately dropped Awad’s appearance.”

CAIR then released a video, “CAIR Video Calls Out Fox News’ Faux ‘Condemn Islamic Extremism’ Challenge to Muslim Leaders” in which Mr. Awad, on behalf of his organization and the Muslim community, unequivocally condemns terrorism. He emphasizes that opposing and condemning terrorism has been the constant stance of CAIR, of Islamic belief, and of the Muslim community and that this position has been repeatedly and continuously expressed in writing, in rallies, and in press conferences. Mr. Awad also insisted on the fact that Fox News anchors, hosts, staff and producers have been informed time after time about these denouncements of terrorism but refuse to air them.

Fox News refuses to air this and many other similar denunciations of terrorism by Muslim groups in order to continue this war against Muslims and Islam that can only be waged by hiding the truth from the public, which is, ironically, the opposite of what a news organization’s purpose should be.

On Aug. 21, for example, on the show “Fox and Friends,” anchor Anna Kooiman discussing the brutality perpetrated by ISIS, said “But what should other countries be doing? Specifically Muslim countries and what about Muslim groups? We aren’t hearing much from them this morning.” Once again, these statements imply that Muslim countries and Muslim groups are silent, which is completely false.

Before that episode was aired, CAIR issued an Aug. 20 press release, condemning the murder of news reporters by ISIS and stating that they “strongly condemn this gruesome and barbaric killing as a violation of Islamic beliefs and of universally-accepted international norms mandating the protection of prisoners and journalists during conflicts. The Geneva Conventions, the Quran – Islam’s revealed text – and the traditions (hadith) of the Prophet Muhammad all require that prisoners not be harmed in any way. There can be no excuse or justification for such criminal and bloodthirsty actions. We also call on those holding Steven Sotloff and other prisoners to immediately release them unharmed so they may return to their loved ones.”

“Fox News believes that if they haven’t reported it, then is hasn’t happened,” says the CAIR director, complaining about the long-standing stereotype that Muslims do not condemn terrorism. In reality, the overwhelming majority of Muslims condemn terrorism and entirely oppose the association and use of the name “Islam” in the perpetration of atrocities. There could not possibly be less Islamic acts than what these people are committing and this is, in fact, the Muslim majority opinion.

This summer, for example, dozens of American Muslim groups condemned ISIS, issuing an “American Muslim Joint Statement On the Crisis In Iraq”: “We condemn, in the strongest terms, the violent statements and actions of ISIS, and believe that no legitimate cause can ever be accomplished by terrorism, violence against innocents, or through sectarian hatred.”

Similarly, numerous Muslim leaders have condemned terrorism in general and named terrorist groups in particular. For example, in Iran, Grand Ayatollah Sistani, released a statement demanding that Iraqis join the military and support its efforts to combat ISIS. In Egypt, the Mufti of the Al-Azhar University in Cairo, Sheikh Shawqi Allam, denounced ISIS and called the group “a danger to Islam.” Furthermore, several Muslim group protests condemning terrorism have organized massive rallies in the United States, Norway and England.

All this, however, is never reported by Fox News, which wants to be able to keep asking for the Muslim community’s viewpoint on terrorism, and implying its silence on the issue, while simultaneously muting its loud answers condemning it.