Rabat- According to French Sports Magazine L'équipe, Equatorial Guinea will be the new hosts of the 2015 African Cup of Nations instead of planned hosts Morocco who were ruled out from hosting the tournament following a decision of the Confederation of African Football (CAF) on November 11. 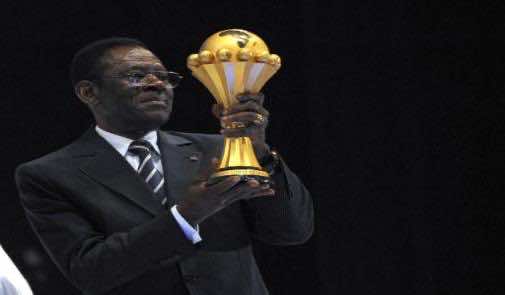 Rabat- According to French Sports Magazine L’équipe, Equatorial Guinea will be the new hosts of the 2015 African Cup of Nations instead of planned hosts Morocco who were ruled out from hosting the tournament following a decision of the Confederation of African Football (CAF) on November 11.

Citing Equatorial Guinean sources acquainted with the issue, the French Magazine said on Friday that the decision of hosting the forthcoming edition of the African football showpiece will be formally announced in the day.

The magazine said that Equatorial Guinea has proven its technical ability and know-how to host the competition when it co-hosted the 2012 African Cup of Nations with Gabon.

This comes following the emergence of news suggesting that the Gulf state of Qatar stands ready to host the event in case the African Football Federation makes a formal request.

“If officially asked, Qatar is ready to offer any help in hosting the African Cup due its strong relation with Issa Hayatou, president of the Confederation of African Football,” Sheikh Hamad bin Khalifa bin Ahmed Al-Thani, the President of the Qatari football association was quoted as saying.