Marrakech - The Arab Center for Research and Policy Studies held a press conference at its headquarters in Doha on Wednesday, as the headquarters of the Center in Washington, D.C. announced the results of a poll on Arab public opinion regarding the international coalition that was mobilized during October 9 to 25, 2014, to act against the self-proclaimed Islamic State in Iraq and the Levant (ISIS). 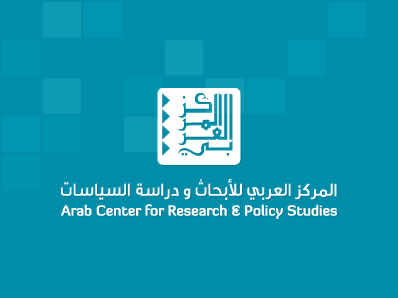 Marrakech – The Arab Center for Research and Policy Studies held a press conference at its headquarters in Doha on Wednesday, as the headquarters of the Center in Washington, D.C. announced the results of a poll on Arab public opinion regarding the international coalition that was mobilized during October 9 to 25, 2014, to act against the self-proclaimed Islamic State in Iraq and the Levant (ISIS).

The poll aims at defining the extent to which Arabs are for or against the coalition’s objectives, and to what extent they trust the reasons behind those objectives. Additionally, the poll evaluated popular attitudes towards the ISIS organization.

The center chose seven countries in which to conduct the poll: Tunisia, Egypt, Palestine, Jordan, Saudi Arabia, Lebanon, and Iraq. The poll included Syrian refugees in Jordan and Turkey.

The poll found that 85% of the respondents held negative attitudes towards ISIS, while 11% of respondents viewed ISIS in a positive light. 13% of the supporters stand by ISIS because they thought “ISIS abides by Islamic principles,” while 55% of them expressed their support based on “Isis’ military achievements, or its readiness to confront the West and Iran, and its claim to defend the oppressed Sunnis in the Arab East.”

Even though the majority of respondents said they support the coalition, they still were dubious about its effectiveness in realizing its target objectives. Only, 22% of them thought that the coalition would succeed in its mission.

On the other hand, a majority thought that the coalition must have some ideological hidden objectives, pointing out that ones who will eventually benefit from it the most are the United States, Israel, Iran, and the Syrian regime.

The United States bore the brunt of the criticisms levied by the majority of the respondents. 73% of the respondents considered US policy in the region negatively. “This attitude might be changed if the US changes its financial and military support for Israel,” according to the Center.

Even though respondents expressed support for the coalition, they stated their opposition to the policy followed in the region. They expressed belief that Arabs will be the only loser in this coalition, while all their other counterparts will benefit from it.