Rabat- The President of the United Arab Emirates Football Association said his country welcomes the idea that Morocco participates in the Gulf Cup of Nations, which takes place once every two years. 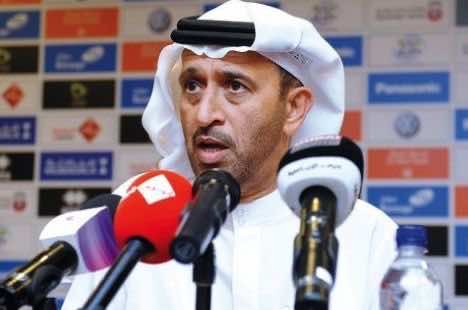 Rabat- The President of the United Arab Emirates Football Association said his country welcomes the idea that Morocco participates in the Gulf Cup of Nations, which takes place once every two years.

In an interview with London-based Arabic daily Al Quds Al Arabi on Friday, Youssef Yaqoob Al Serkal said that participation of Morocco, along with Jordan, in the Gulf Cup would enrich the competition and give it a new momentum.

I welcome and support the participation of Morocco and Jordan in the Gulf competition, for it is likely to contribute in enriching and developing this competition, and bring a great momentum as result of the increase of participating teams and the widening of the fan base,” Serkal was quoted by Al Quds Al Arabi saying.

“The participation of Morocco and Jordan on these competition will provide a diversity of football schools, in light of the special characteristic of soccer in the Levant and North Africa,” he added.

The statement comes on the same day as Issa Hayatou, the President of the African Football Federation (CAF), said that he would ask the CAF Executive Committee to ban Morocco from participating in the African Cup of Nations for four years.

In addition to being disqualified from the 2015 edition, Morocco is likely to miss the 2017 edition.

Last October, the Moroccan government asked CAF to postpone the CAN 2015 over fears of the Ebola virus. Despite the efforts made by Rabat to convince the African football governing body, Issa Hayatou, CAF’s president said that the arguments presented by Morocco were “not convincing.” On Friday CAF announced that Equatorial Guinea has been designated as new host of the 2015 African Cup of Nations.