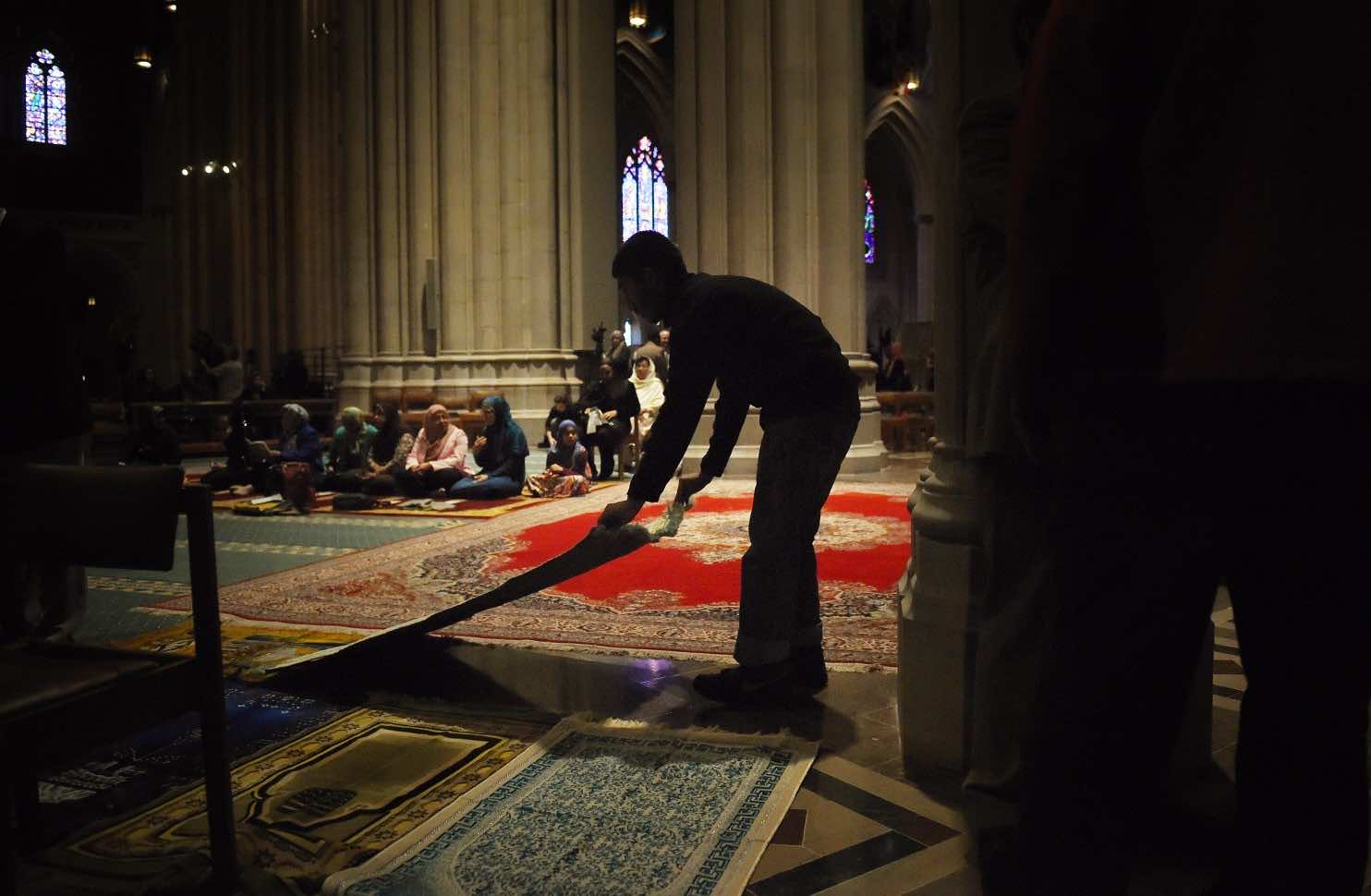 By
Larbi Arbaoui
-
Larbi is a freelance writer and assistant editor at Morocco World News.
Nov 15, 2014
Spread the love

During the gathering of several hundred Muslim worshipers and other guests in the historic American church, a woman in the audience suddenly rose and began shouting against the decision to host Muslims in the church.

The unidentified woman shouted, “America was founded on Christian principles,” according to the the Washington Post.

Addressing people attending the Friday prayer, the woman said, “We have built, and allowed you here in mosques across this country.”

“Why can’t you worship in your mosque, and leave our churches alone?” she added.

Security aides immediately pulled the angry woman out, and the service continued.

In a Facebook post on Thursday, Rev. Franklin Graham, who heads the Billy Graham Evangelistic Association, expressed his dissatisfaction with hosting Muslims in the church.

However, the organizers said that the event, which was marked as a “powerful symbolic gesture,” was aimed at bringing Muslims and Christians worldwide together and promoting a better understanding and acceptance between communities of both faiths.

Ebrahim Rasool, a Muslim scholar who is South Africa’s ambassador to the United States, said, “We come to this cathedral with sensitivity and humility but keenly aware that it is not a time for platitudes, because mischief is threatening the world.”

Cathedral officials and local Muslim leaders emphasized the urgent need for religious tolerance and collaboration between the religious communities to erradciate extremism.

For security measures, the organizers closed the gathering to the public and gave access only to selected members who were screened at the entrance of the cathedral.