Rabat- Sultan Abu Al-Einein, a member of Fatah said that the Palestinians who sell their land to Jews should be killed. 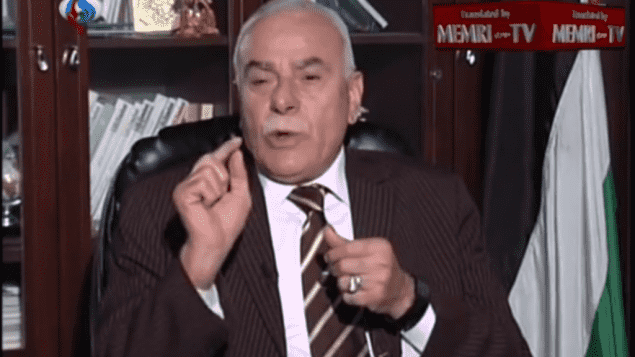 Rabat- Sultan Abu Al-Einein, a member of Fatah said that the Palestinians who sell their land to Jews should be killed.

Speaking to Iranian Arabic-Language TV channel Al-Alam, Einein said that “anyone who sells even an inch of our Palestinian land must be killed in the streets and hanged on electric poles.”

Einein who also serves as an adviser to Palestinian Authority President Mahmoud Abbas told the Iranian television in an interview posted on October 31that some [Palestinian] land brokers are involved in forging documents that allow Jews to take over Palestinian lands and that those should be publicly executed.

Selling lands to Israelis is considered a crime punishable by death under Palestinian law. The penal code of the Palestine Liberation Organization (PLO) suggests that death penalty is applied both to ‘traitors’ and to those accused of ‘transferring positions to the enemy.’

According to the Times of Israel newspaper, Abbas issued a new set of punishments for the Palestinians who engage in selling property to Israelis that include hard labor and life imprisonment.

During the same interview, Einein called the Palestinian people to fight back Israel, saying that “if the people do not fight the Israeli occupation in the way they see fit, in order to liberate their land, they do not deserve to live.”