Rabat - There is no doubt that Morocco occupies a strategic position in its region. It sits at the crossroads of many cultures, religions, and civilisations, and has throughout the centuries become a true melting pot of many ways of life and human beliefs, not to mention, obviously, races and ethnic groups. 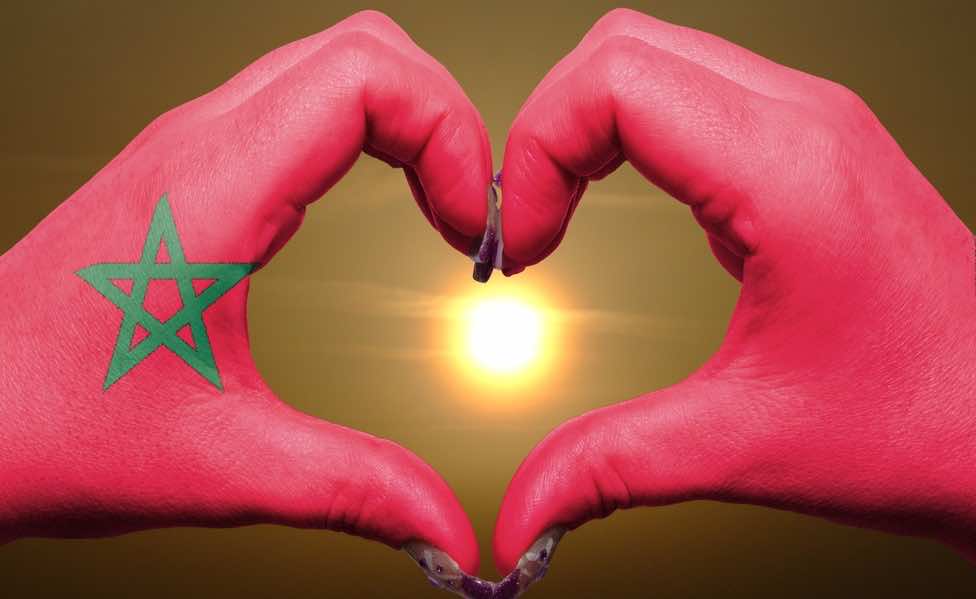 Rabat – There is no doubt that Morocco occupies a strategic position in its region. It sits at the crossroads of many cultures, religions, and civilisations, and has throughout the centuries become a true melting pot of many ways of life and human beliefs, not to mention, obviously, races and ethnic groups.

In one of his speeches, the late King Hassan II described Morocco as a tree with roots in Africa, a trunk in Morocco, side branches in the Middle East, and top foliage in Europe, and so it was for many millennia.

Accepting the “other” in his “otherness”

Because of this brassage de cultures, Moroccans have masterfully acquired the ability and the predisposition to accept others, no matter how complex their differences might be or how alien his “otherness” is. Moroccans by nature are accommodating, open, friendly, available, and very tolerant of other people and their cultures. But, their most important quality, by far, is their innate ability to welcome other life experiences and cultural currents that clearly are not in contradiction with their own entrenched beliefs, digest them, and adapt them to their lives.

As such, they have interacted positively and constructively with the Phoenicians, the Carthaginians, the Romans, and many other ancient civilizations. They made beneficial exchanges with them all, and today one can still see the vestiges of these human interactions in Moroccan language, customs, and belief, and not to mention the remains of entire cities such as Volublis, Lixus, and others.

Lixus was first built by the Phoenicians in the 8th century BC. It served as a trading post to establish business with the locals and the rest of the Mediterranean countries. The site has many tile works showing Greek gods and mythology.The Phoenicians marvelled at the hospitality and the warmth of the locals, and in return taught them some agricultural techniques such as irrigation and water preservation.

During the Punic phase, extending from the 3rd  to 2nd century BC, the Carthaginians had much commercial and military activity in Morocco. The invaders taught the locals to salt fish and grow grapes for wine production. Around the 1st century BC, the Roman empire extended to Morocco, which they called Mauretania Tanginita. Lixus, very much like Volubilis, became an important Roman city in which commerce and trade flourished, as  a result of the peacefulness and friendliness of the natives.

Amazed by the warmth of the Moroccans, the Romans appointed local kings to rule these lands, such as Juba II, who is considered one of the wisest and just Amazigh rulers ever. He was succeded, after his death, by his son Ptolemy. During the reign of these two Amazigh monarchs, Lixus became an important center of intercultural communication between the native population and Roman civilization. As a result, the city grew in political and commercial importance.

Temples were built for prayer, arenas for games, wrestling, and the display of local Animals, such as the lion of the Atlas and barbary horses. The city  also had baths and an extensive industrial area, where fish was salted and wine bottled to be shipped to the Atlantic Ocean and Mediterranean Sea via the Loukous River. The city of Lixus prospered as an agora of Mediterranean cultural dialogue, until the fall of the Roman Empire around the 5th century AD.

As early as the 8th century AD, horsemen coming from Arabia Felix brought with them a new monotheistic religion to North Africa: Islam. The Arabians gradually converted the Christian and polytheistic Amazigh people, but not the Jewish inhabitants, who kept their own monotheistic belief. In turn, the newly converted Amazigh, under the leadership of General Tarik Bnou Ziyad, crossed the strait that has since been called Gibraltar, and spread Islam to the Iberian Peninsula. The peninsula remained under Islamic rule until the the Reconquista in 1492.

In Spain, under the Amazigh dynasties of the Almoravids and the  Almohads,  Muslims, Jews, and Christians lived in total harmony for centuries on end. They respected each others’ beliefs and cooperated for the wellbeing of all people. The Muslims were Emirs ruling Spain, Jews were their visirs and advisors, and Christians the commanders of their armies.

After the fall of Grenada to the Catholics in 1492, both Muslims and Jews were forced out of Spain and headed to Morocco, where they found refuge while the Inquisition set about  to persecute those who stayed behind. Those who were made to leave were welcomed in by the native Moroccans, and managed to prosper and occupy important posts in the Moroccan government. They also thrived in trade and finance.

The Amazigh spreading Islam to Africa

After the arrival of Islam, Moroccan Amazigh dynasties grew in power and moved southward, spreading their new religion to sub-Saharan Africa. They spread the religion by persuasion at times, and by subjugating the Africans at other times. In so doing, they enrolled the locals in their armies and brought home many others as slaves. The African slaves, to keep their culture alive, secretly played their music and practiced rituals of exorcism. Centuries later, when they were freed, the Gnaoua, as they are called locally (a mispronunciation of Guinea), formed brotherhoods and travelled all over the country playing their music for subsistence. Today, their music and culture is known globally, thanks to a yearly festival organized in Essaouira in June.

Judaism is also a Moroccan religion

Judaism and Jews are as old as the country itself, until their massive migration to Israel after its creation in 1948. They lived all over the country in villages, towns, and cities and practiced commerce, trade and finance. Because of their wide experience in international trade, Moroccan Sultans appointed them as their financial and commercial agents: tujjar sultan.

A good example of interfaith dialogue in Morocco can be seen in the city of Sefrou, situated thirty kilometers south of the spiritual capital of Morocco, Fez. In Sefrou, Muslims and Jews lived in harmony door to door and practiced their religious rituals in tandem, to the extent that it became difficult to tell what was Islamic and what was Jewish. What is more, they venerated the same Saint, who is buried in a grotto in a neighboring mountain. The site was tactfully called  Kaf al-moumen (the grotto of the faithful) because it was a religious sanctuary for both Muslims and Jews and worship time in this area was equally divided.

Sefrou is not unique example of religious harmony in Morocco. Other cases can be found in places like Debdou, Azrou, Fez, Rabat, Meknes, Marrakesh, etc. In all these places, there were communities of Jews that practiced their faith and trade in complete peace and harmony. They were fully Moroccan, and as such enjoyed the full rights and obligations of their Muslim brethren.

During the Second World War, when Nazi-occupied France wanted to persecute the Jews in Morocco, the late King Mohammed V resisted the order and said that if Jews were to be persecuted, then all Moroccans would be persecuted, because the Jews are no different from his other subjects, and for whose safety he was fully responsible.

Morocco, now and then, land of dialogue and tolerance

At the turn of the 20th century, Morocco was subjected to European colonialism, and the country was divided between the French and the Spanish who, over 44 years of a Protectorate regime, left a lasting imprint on the language, culture, and way of life of Moroccans, which can still be seen today.

Today, Moroccans proudly highlight their multiple and composite identity: Amazigh, Arab, Islamic, Jewish, African, Andalusian, and Mediterranean. They are proud of their age-old tolerance and acceptance of the “other.”