Rabat - World football governing body FIFA has launched the "11 against Ebola" campaign", a joint venture with the Confederation of African Football (CAF) and health experts to raise awareness and promote simple preventative measures in the fight against the Ebola virus. 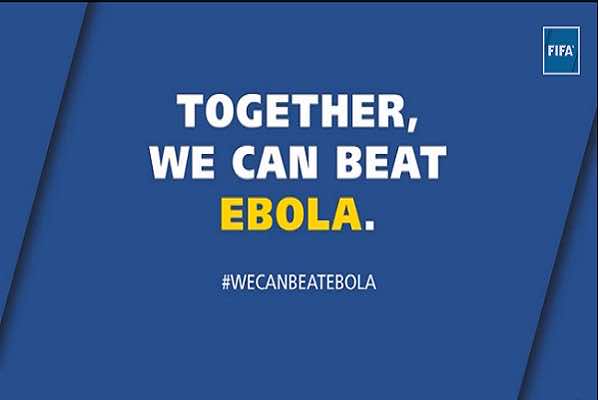 Rabat – World football governing body FIFA has launched the “11 against Ebola” campaign”, a joint venture with the Confederation of African Football (CAF) and health experts to raise awareness and promote simple preventative measures in the fight against the Ebola virus.

According to FIFA, the objective of the campaign is to “promote 11 health messages selected with the help of doctors and health experts from Africa, the World Bank and the World Health Organization who are tackling the outbreak in West Africa.”

With the help of animated films, radio content and pictures, the players will share messages such as “Report unusual illness” and “cook meat properly” underneath the slogan “Together, we can beat Ebola” and the hashtag #wecanbeatebola.

FIFA President Joseph Blatter said: “The popularity of football gives us a unique platform to reach all communities. We hope that football can play its part and that this campaign against Ebola can make a real difference on the ground as the world comes together to fight the virus and to help those living in affected communities.”

The Ebola virus has claimed the lives of 5,160 mostly in Guinea, Liberia and Sierra Leon.

Morocco, original host of the 2015 African Cup of Nations, called for the postponement of the tournament over fears of the Ebola virus. However, CAF deemed Morocco’s concerns exaggerated and handed over the rights of hosting the 2015 Afcon to Equatorial Guinea.