Marrakech- Moroccan tourists are traveling to Israel at a remarkable rate, with over 2239 visiting this year.

Marrakech- Moroccan tourists are traveling to Israel at a remarkable rate, with over 2239 visiting this year.

Despite the suspension of diplomatic relations and the war in Gaza, Israel received thousands of tourists who go through its borders from Arab and Islamic countries, with an estimated 250,000 visiting since 2009. The overwhelming majority of tourists came from Indonesia, Malaysia, Jordan and Egypt. Jordan and Egypt are the only Arab countries that have diplomatic relations with Israel.

According to the same report, the majority of tourists visited Israel for religious reasons in order to pray in the holy places of East Jerusalem (Al Quds), which is under occupation.

But as pointed by the I24 News, any tourists visiting Jerusalem have go through the Israeli border crossing from Jordan to Israel and through an Israeli military checkpoint from the West Bank into Jerusalem.

The report released by the Israeli authorities does not specify the number of Moroccans who actually visited Israel proper. 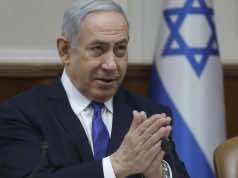