Rabat- The British tourist Ray Cole, jailed this October for ‘homosexual acts’, said that Morocco has formally dropped the charges against him and his partner. 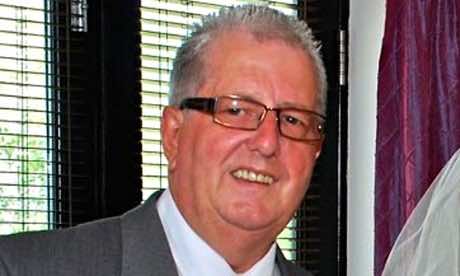 By
Larbi Arbaoui
-
Larbi is a freelance writer and assistant editor at Morocco World News.
Nov 19, 2014
Spread the love

Rabat- The British tourist Ray Cole, jailed this October for ‘homosexual acts’, said that Morocco has formally dropped the charges against him and his partner.

Speaking to Pinknews, Cole revealed that all the charges against both him and Jamal, known as Jam Wald Naas, had been formally dropped.

“I heard today, November 17, that all charges against myself and Jamal have been dropped and we can now put this horrible episode behind us,” the British gay said.

Cole has spoken of his relief and happiness now that the Moroccan government has dropped the charges against them, but “it doesn’t take away the memory of the appalling treatment in the police station and the frightening conditions in the prison,” he said.

The detention of the 70-year old Englishman in September triggered a strong international online campaign for his release, which finally happened on 7 October.

After Ray Cole, a 69-year old retired magazine publisher from Deal in Kent, was found guilty of ‘homosexual acts’ and sentenced to four months alongside his Moroccan partner, Jam Wald Nass, from Marrakech, a British campaign was launched on Twitter and Facebook calling on tourists to boycott Morocco.

Although homosexuality is legal in the United Kingdom, it is not in Morocco. The Moroccan government is cracking down on tourists who come to Morocco with the sole purpose of engaging in sexual relationships.