Rabat - The Moroccan Royal Football Federation said that negotiations are underway regarding playing potential friendlies against teams from South America and Asia in the coming period. 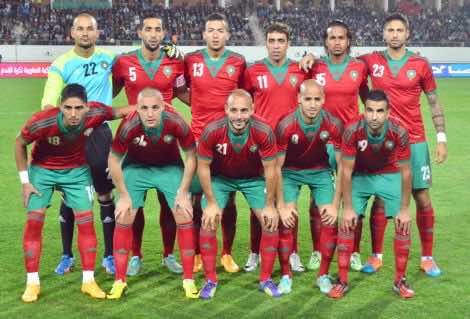 Rabat – The Moroccan Royal Football Federation said that negotiations are underway regarding playing potential friendlies against teams from South America and Asia in the coming period.

The move comes at a time the Moroccan national team might be out of continental action for the next four years due to sanctions by the Confederation of African Football (CAF).

CAF barred Morocco from hosting the upcoming African Cup of Nations following requests to postpone the tournament over fears of the Ebola Virus.

Speaking to sports website Hesport, Youssef Hajob, who is in charge of the national team’s pre-competition matches, said that talks are underway to play friendly matches with national teams from South America such as Brazil, Argentina and Colombia, as well as from Asia, such as Japan and South Korea.

Hajob added that they are only awaiting CAF’s final decision regarding the sanctions against Morocco in order to start working on a new program for the national team accordingly, and to sign contracts with the teams that will be available to play friendlies with.