Rabat- Figures released by the Department of Epidemiology and the fight against infectious diseases suggest that more than half a million Moroccans are drug addicts who consume various kinds of drugs on a daily basis. 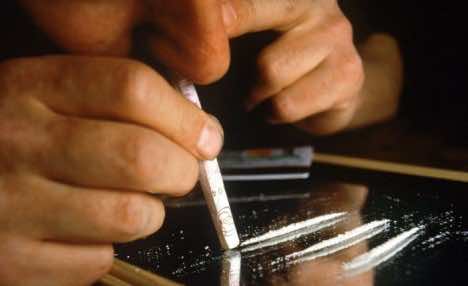 Rabat- Figures released by the Department of Epidemiology and the fight against infectious diseases suggest that more than half a million Moroccans are drug addicts who consume various kinds of drugs on a daily basis.

The shocking figures showed that there are 600,000 Moroccans who are addicted to drugs, including 16,000 who consume ‘hard drugs’ such as heroin and cocaine every day.

According to the findings, extreme poverty and the lack of a sense of security as well as unemployment are believed to be the main reasons which explain why significant numbers of Moroccans are addicted to drugs.

The study also found that the fact that drugs, especially cannabis, are so easy to get has led to a rise in the number of Moroccans who consume drugs.

The rise in numbers of addicts, however, is faced with a decline in the number of centers that provide treatment for those struggling with addiction.

Currently, there are only 5 centers for addiction treatment while the Ministry of Health announced that it is working on creating 16 new centers by the year 2020.

The figures also show that drug addiction is widespread among young people aged between 18 and 28. Children under the age of 15 who consume drugs have also seen a rise in numbers and they are mostly located in underprivileged neighborhoods.

Morocco is the country with the highest addiction rate in comparison to other Maghreb countries such as Algeria and Tunisia both having figures revolving around 300,000 addicted people. In the MENA region, Egypt topped the list with an estimated 6 million of its population are into drugs.