New York - In order for the Quran to become a real source of guidance in our lives rather than just a religious symbol, we need to approach it with the awareness that “deep insight is not gained by cursory effort.”[1] 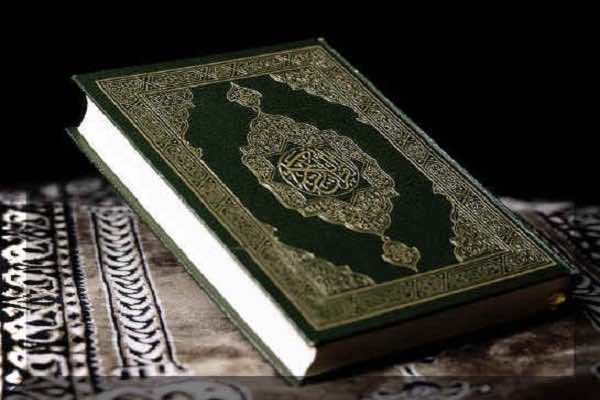 By
Paola Garcia
-
Paola Garcia is a writer and translator from Chihuahua, Mexico.
Nov 20, 2014
Spread the love

New York – In order for the Quran to become a real source of guidance in our lives rather than just a religious symbol, we need to approach it with the awareness that “deep insight is not gained by cursory effort.”[1]

The Quran’s wisdom can steer us in the right direction and deeply transform our lives. However, for this to occur, we must read it slowly, reflecting upon each verse for an extended period of time. In this way, its meaning will gradually unfold until we gain clarity and its message becomes a personal revelation and, in fact, the dynamic word of God advising us directly.

Dr. Sultan Abdulhameed explains that a frequent misconception that blocks people from understanding the Quran is the assumption that it is a continuous reading. It is common knowledge that the Quran was revealed at irregular intervals over a period of twenty two years. These revelations came as God’s answers to the prayers, supplications and various challenges of Prophet Muhammad (PBUH) and they arrived at different periods of his life, with large gaps of time passing between them. Consequently, the Quran is not meant to be read from beginning to end as a regular book.

Prophet Muhammad (PBUH) spent many years in contemplation before receiving the first revelation at the age of forty, while he was on one of his usual retreats at the cave of Hira, in the hills outside Mecca. Many months passed between the first five revelations and the subsequent ones.

This first revelation is Sura 96, which commands the pursuit of knowledge, a message that is repeated throughout the Quran[2], but, unfortunately, heeded by few:

Read! In the Name of your Lord Who created (all that exists).
Created man from a clot
Read! And your Lord is the Most Generous
Who taught by the pen
Taught man that which he knew not[3]

Sura 96 is one of the many instances in the Quran where God urges us to think deeply, to read, write, reflect and generally, to exercise our intellect. As the majority of Muslims know, the most frequently used word in the Qur’an is “Allah.” However, what many of us ignore, is that the second most common word “deals with a cluster concerned with knowing, reasoning, intellect, pondering, reflecting, meditating upon, and thinking.”[4] It is therefore very clear that God has placed an enormous significance, one could say, the utmost weight really, on our responsibility to think, to use the intellectual faculties He gave us and which distinguish us from rest of the creation. How is it then that we collectively ignore these instructions and instead imagine that we will benefit from reciting the Quran’s words with no understanding of their meaning?[5]

Unfortunately, the Quran has become an idol we ritualistically worship instead of the live word of God directing our daily lives. The Quran was sent to us by God to teach us how to live. It is not meant to be quickly skimmed over or read hastily in order to cover as much content as possible in the shortest amount of time. This approach causes its powerful message to completely elude us.

A professor of mine, Dr. Ali Mermer, who teaches at the NYU Islamic Center, gives an excellent analogy. He says reading the Quran in a mindless fashion is equivalent to receiving an envelope with a check for a million dollars. Upon receiving this envelope, we tear it apart without bothering to open it. This is what we do with the Quran when we fail to meditate on its meaning. We disregard its wisdom and do not benefit from it.

The Quran’s ayas are signs to deeper truths. They are invitations to reflect upon their individual meaning and to form our own firm conclusions about them. They are meant to be read independently, separately, and to be pondered for a long period of time, applying them to our own life circumstances. With perseverance and deep thinking, we can make the Quran our life book; we can organize and transform our lives according to its teachings. The Quran is a gift of God to humans, who need guidance; we will receive this guidance only through deep understanding. God did not send the Quran to our beloved Prophet (PBUH) so that with the passage of time, people all over the world could produce identical sounds which meaning they do not comprehend. Neither did He send it for us to stare at its paper and ink as a goal in and of itself, while its insights elude us. This is an absurd way to act; it is an insult to God’s teachings and, consequentially, it is deeply harming our Muslim community globally.

[5] The Quran noticeably contrasts Truth (Haqq) and ignorance (Jahiliyya), or, to put it differently, “knowledge of God arrived at through God’s revelation and genuine spiritual inquiry versus the fanciful imagination that leads one to ignorance.” Safi, 67.