Rabat - Bollywood superstar Shah Rukh Khan’s 'Happy New Year' has been officially invited to be screened at the 14th edition of the Marrakech Film Festival, which will take place on December 5-13. 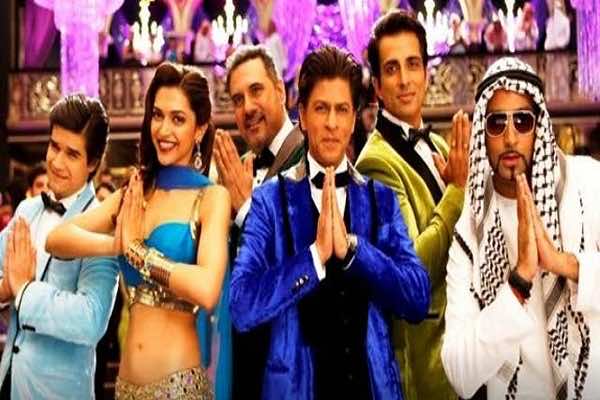 Rabat – Bollywood superstar Shah Rukh Khan’s ‘Happy New Year’ has been officially invited to be screened at the 14th edition of the Marrakech Film Festival, which will take place on December 5-13.

‘Happy New Year’, a heist drama with dollops of dance and music, will be screened in the non-competition section of the Marrakech film festival, Indian media reported.

Multiple Indian reports said that the film will be screened on the Jemaa El Fna Square December 6, the day of the Official Royal Dinner hosted by the president of the Festival Foundation, Prince Moulay Rachid.

Times of India  quoted the film director Farah Khan as saying that she is delighted that ’’HNY is being showcased in Marrakech.’’

“Marrakech has become a festival of repute and it’s an honor to take our film there,” Farah Khan added.

Mélita Toscan du Plantier, director of the Marrakech Film Festival, on the other hand, said that Shah Rukh Khan has a special relationship with the festival and Morocco.

“He came for a Tribute in 2011 and for the Centenary of Indian Cinema in 2012. He was also decorated by HRH Prince Moulay Rachid on behalf of His Majesty King Mohammed VI,” Melito added.