Marrakech - Morocco is at the heart of an enterprising and virtuous dynamic in favor of a solidarity-based South-South partnership, Foreign Minister Salaheddine Mezouar said Friday. 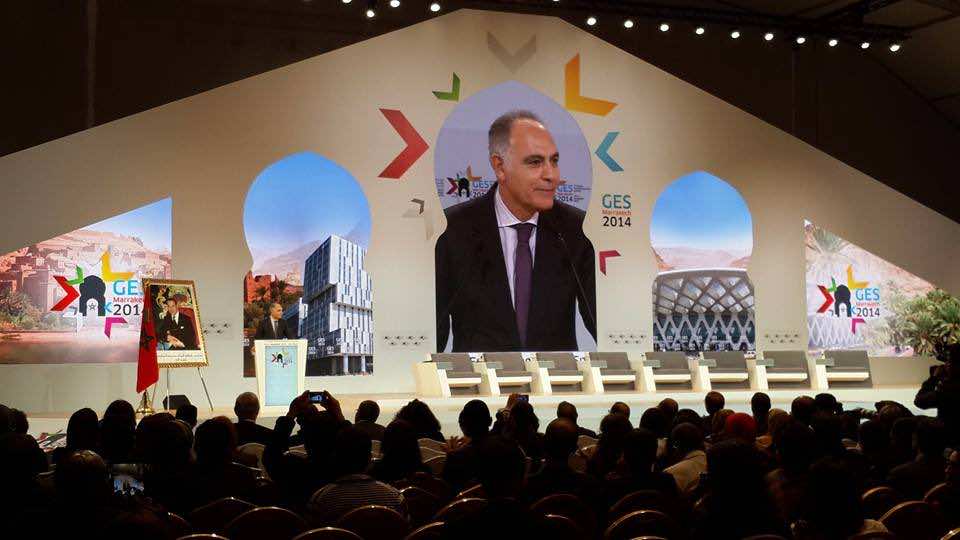 Marrakech – Morocco is at the heart of an enterprising and virtuous dynamic in favor of a solidarity-based South-South partnership, Foreign Minister Salaheddine Mezouar said Friday.

Taking the floor at the closing ceremony of the 5th Global Entrepreneurship Summit (GES-Marrakech 2014), Mezouar made a plea for the development of Africa, a continent that remains “an open and dynamic site on which we shall take a different look.”

The 21st century Africa is an Africa which knows how to get rid of the shackles of the past and look towards the future with optimism, he said, reiterating Morocco’s willingness to continue its support and partnership for a better Africa.

GES-Marrakech 2014, which was held under the patronage of King Mohammed VI, shall initiate the emergence of a new entrepreneurial and future-oriented spirit that seeks progress and the creation of shared wealth, Mezouar said, noting that holding this global meeting in Marrakech reflects the plural identity of Morocco.

The FM pointed out that the entrepreneurship summit, which was held for the first time in Africa, offered a singular and energy-unifying space in which nearly 7,000 participants from different backgrounds, examined the means to encourage innovation and entrepreneurship for a better tomorrow.

In this respect, he recalled that the organization of this summit in Marrakech was decided, in 2013 in Washington, during the meeting between King Mohammed VI and US President Barack Obama, the two leaders who share the same values of progress, freedom, democracy, tolerance and peace.

King Mohammed VI and the U.S. President decided to act together for progress, freedom, and entrepreneurship as well as for Africa, a continent full of promise for the future of the whole world, he said, noting that Marrakech Summit and its rich and fruitful discussions have given birth to a loud and clear message: hope.