Rabat - After two weeks of international break, Real Madrid will try to maintain their La Liga lead when they travel to Bilbao to face newcomers Eibar. 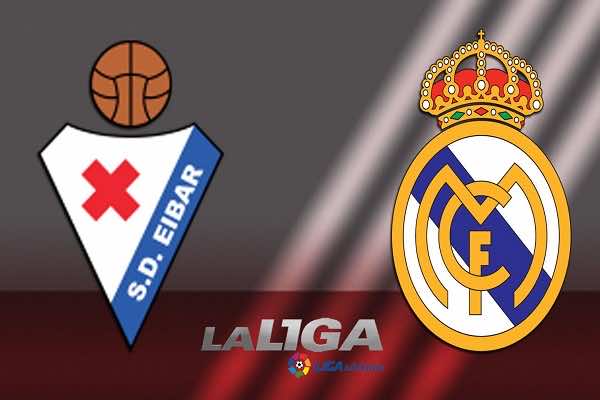 Rabat – After two weeks of international break, Real Madrid will try to maintain their La Liga lead when they travel to Bilbao to face newcomers Eibar.

Here are the things you need to know ahead of that game:

2-Where it will be played?

Eibar will host the Los Blancos at the Estadio Municipal de Ipurua. It is one of the stadiums most feared by La Liga teams. It’s so narrow that the crowd is right on top of the action putting more pressure on the visiting teams.

Real Madrid: they will be missing orchestrator Luka Modric who was injured during international duty with his country Croatia. German Sami Khedira is believed to be the possible choice for Carlo Ancelotti to replace Modric in the center of midfield.

Eibar: the team is suffering from two injuries Federico Piovaccari along with Didac Vila.

The two teams meet for the first time ever in La Liga. It’s their first official match since their Copa Del Rey match in 2004, which ended 1-1.

Real Madrid: they have won their last 8 La Liga matches while scoring at least three goals in their last five matches in La Liga.

7-They said about the game:

Real Madrid coach Carlo Ancelotti: We have a lot of respect for Eibar. It is a difficult place to go to.”

Eibar coach Gaizka Garitano: “It’s a special game. There are a number of traditional responses like, it’s only three points, it’s just another game, but it isn’t. When one of the best teams in the world comes to play in our home, which is so small, it can’t be just another game.”

8-Where are they now in La Liga?

Real Madrid are on top of La Liga with 27 points from eleven matches while Eibar are on the eleventh position with 13 points.

Real Madrid’s Cristiano Ronaldo earns more money in one season than Eibar which is the club with the smallest budget in the Spanish league, at only15.6 million euros. Real Madrid is the largest at 530 million euros.