Rabat- After the Israeli government denied the validity of multiple reports that claimed that Mohamed is the most popular boys’ name in Israel, a new study conducted by the Israeli Central Bureau of Statistics confirmed that Mohamed, indeed, is Israel’s most common name given to newborn boys. 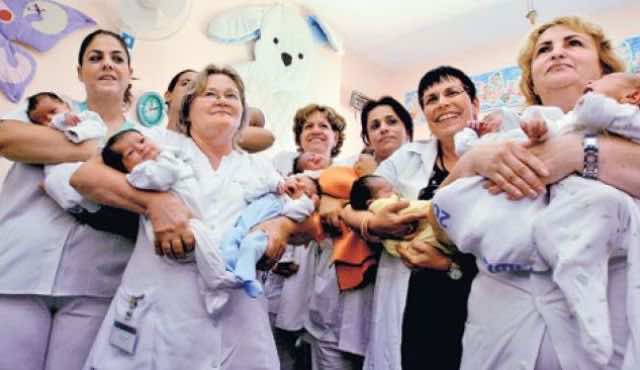 By
Aziz Allilou
-
Aziz Allilou is a student at the Higher Institute of Media and Communications (ISIC) and Morocco World News correspondent in Rabat.
Nov 22, 2014
Spread the love

Rabat- After the Israeli government denied the validity of multiple reports that claimed that Mohamed is the most popular boys’ name in Israel, a new study conducted by the Israeli Central Bureau of Statistics confirmed that Mohamed, indeed, is Israel’s most common name given to newborn boys.

A new Israeli official survey revealed that Mohamed, the name of Islam’s prophet, was the most common name given to newborn boys in Israel in 2013, rather than Yosef, as the Israeli government previously claimed.

The new survey has sparked controversy in Israel, since it came two months after a statement issued by the Israeli Population and Immigration Authority that hid the fact that Mohammad ranked first for boys’ names.

According to the Times of Israel, the Interior Ministry had claimed Israeli boys were most commonly named Yosef, Daniel, Uri, Itai, Omer, Adam, Noam, Ariel, Eitan, David, “despite the fact that several Arab names were statistically more popular than the ones on the list.”

Sabine Haddad, a spokeswoman for the Population and Immigration Authority, defended the exclusion of Arabic names, saying that the list “reflected the media’s interest in popular Hebrew names,” claiming that the Authority had no intention of skewing the facts.

Vox quoted Sabine Haddad as saying that the statistics published “were the statistics requested during the past few years by everyone who contacted us to obtain this information, and for that reason the list relating to the most popular Hebrew names was issued.”