New York - The Associated Press confused the principality of Monaco with Morocco, erroneously saying that the North African country is expecting to celebrate the birth of royal twins. 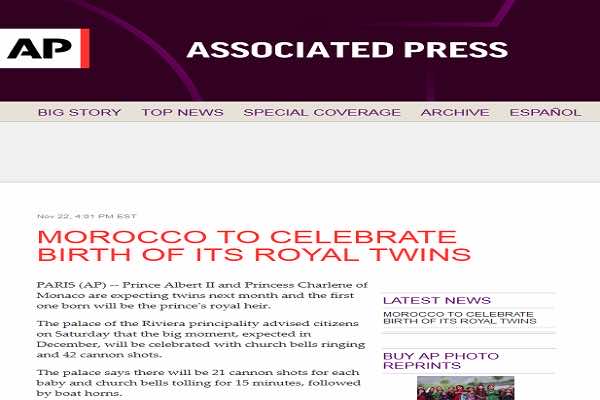 New York – The Associated Press confused the principality of Monaco with Morocco, erroneously saying that the North African country is expecting to celebrate the birth of royal twins.

Most Moroccans living in the United States will tell you that they have come across Americans who confuse Morocco with Monaco.

While this confusion is common among the average citizen and can be blamed on the ignorance of people and their indifference toward the rest of the world, it is uncommon to see large media corporations making the same mistake.

On Saturday night, the Associated Press published a story reporting that Prince Albert of Monaco and his wife are expecting twins.

But when publishing the story, they said, “Morocco to celebrate birth of its royal twins.” 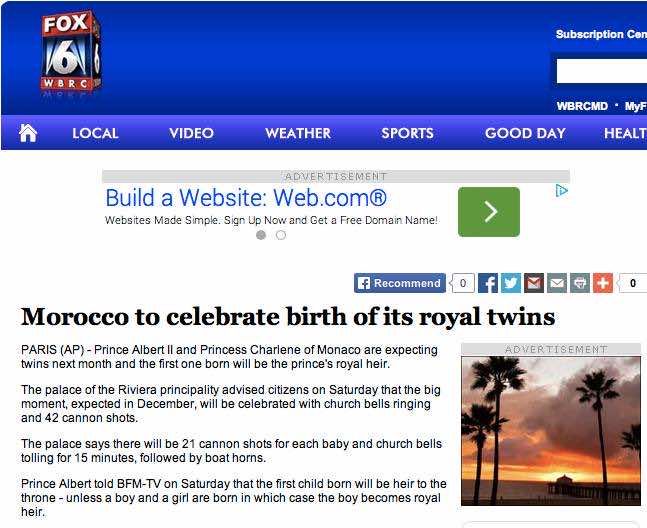 The story was immediately reported by several news outlets, which published the story with same title, such as the My Foxal, the Item live and Tricities, and many others. At the time of writing, those websites have still not corrected the title of the news story.