Morocco World News
Home Education Journals of a Moroccan Fulbrighter in America (13): A conference in New...

Austin - An important activity that graduate students in the U.S. get involved in is attending and/or organizing conferences in their field of study. Both Masters and PhD students try to participate in a conference at least once a year. 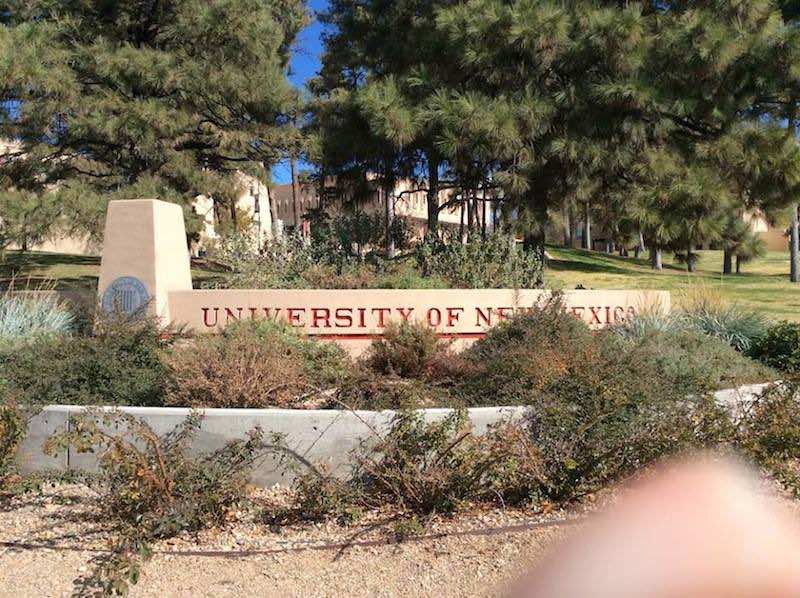 Austin – An important activity that graduate students in the U.S. get involved in is attending and/or organizing conferences in their field of study. Both Masters and PhD students try to participate in a conference at least once a year.

One of the students from the Arabic section at the Department of Middle Eastern Studies at UT was going to give a presentation in a linguistics conference organized by the University of New Mexico at Albuquerque and, so, his classmates decided to attend the conference to support him. Since they were driving there, I considered that it was a good opportunity for me to enjoy the landscapes along the way. I was told that a road trip was an important aspect of American culture. I discovered indeed that along the road and in small towns and villages, one can find restaurants, motels, stores and practically anything travelers need. I was particularly struck by the excellence of hotel service in places where most of the customers were usually road travelers, and at reasonable costs too.

To my surprise, there were no deserts all the way to New Mexico. The distance between Austin and Albuquerque is around 1200 kilometers, almost the same as the distance between Tangiers and Laayoune. Half of this distance is either covered with trees or is agricultural. The fields were planted with cotton, corn, or other crops that neither I nor my companions could recognize. There were also large open stables where hundreds, or perhaps thousands, of cattle were fattened for slaughter. In comparison, the other half of the distance was more like the Mediterranean scenery. There were almost no trees, except for a few bushes and shrubs scattered here and there. Judging from the fences, it was obvious that the ranches were basically for raising cattle. Indeed, now and then we could see cows or horses grazing, but without cowboys! But there definitely was no desert, as my American companions claimed. Perhaps we had different notions of a desert.

The organizers of the conference didn’t provide accommodation for participants. We paid a sum of money, but that covered only the expenses of drinks, cakes and a dinner in a pizza house. I found this a good idea because the major problem we face in Morocco when preparing for a conference is always funding. We feel concerned with providing participants with almost everything because we would like the audience to be very large. Apparently, this was not the concern of the organizers of the New Mexico conference because a good number of the presentations were attended only by a few people, but they were the ones most interested.

Another idea that I found interesting was that the conference was organized mainly by graduate students. The professors were part of the audience, just like other participants. There were three rooms and in each room, a student was responsible for presenting speakers and managing time. Usually, a 20-minute period was allocated to a presentation followed by a 10-minute period for questions and comments. If there were too many questions or comments, the participants would simply be requested to contact the speaker later on.

There were also students responsible for logistics, including transporting participants from the university to hotels and back again. One of the students who drove us on a few occasions was a 60-year-old PhD candidate. He was very careful not to let anybody down: he gave his phone number to all the participants, I guess, in case they needed help. I talked to him at a reception given by students in favor of the participants in the conference. He asked me where I came from, and when he heard Morocco, he immediately replied that it was the first country to recognize the independence of the U.S. On my part, I pointed out that President Franklin Roosevelt, when he was in Morocco to attend the Anfa Conference, promised Sultan Mohamed V to do all in his power to support Morocco’s wish to be independent. We chatted for a while during which he said good things about my country and I thanked him for that.

A conference is usually a good opportunity for researchers to present their latest work. There were scholars from different American universities, and also from Canada and Latin America. Among the researchers from Canada were two Jordanians who expressed to me their admiration for the work done by North African linguists, by which they meant mainly Moroccans and Tunisians. I mentioned that I personally appreciate the contribution of some Jordanian researchers to the study of the Arabic language. In this respect, it is worth pointing out that the promotion of scientific research and the humanities can make our country known, and that conferences can be a form of diplomacy. Our status among nations depends on how much we contribute to human knowledge and human welfare.

Although there were many presentations in the conference, I have retained two important points from it. The first is that some scholars – a few of them were world-renown – are working hard to elucidate the human faculty of language. And for that purpose, they are interested in the description of any language they can have access to. I appreciated a lot the fact that students learnt some American Indian languages and studied them. At the same time, I regretted the fact that I had never met in Morocco a non-Amazigh-speaking student who managed, or even tried, to learn one of the Amazigh varieties. Up till now, we still don’t understand many aspects of the contact between Amzigh and Arabic and the impacts it has had on both languages and the cultures they express.

Another interesting aspect of the conference was the use of the American Sign Language. Indeed, there were several presentations on the structure and the expression of grammatical concepts in some sign languages of the world. Although I had no expertise in the domain and I couldn’t follow the discussions, I liked the presence of the deaf-mute in the research community. I realized that human genius can be expressed through non-verbal communication as well. Observing people communicating through gestures was simply fabulous; you could believe that they were all deaf-mute, but in fact only a few of them were. One of the keynote speakers gave a presentation in the sign language, and her research was very focused. I believe she was deaf-mute. Her interpreters were so fluent and fast that I was undecided throughout the presentation whether to focus on what I see or what I hear. The presenter deserved all the applause she received from the audience.

In conclusion, I should say that although the journey to New Mexico was long and tiresome, it was worth making.