Taroudant - Many of the bright Moroccan women who became influential in the world of business are heirs of great capitalists and daughters of powerful political families. 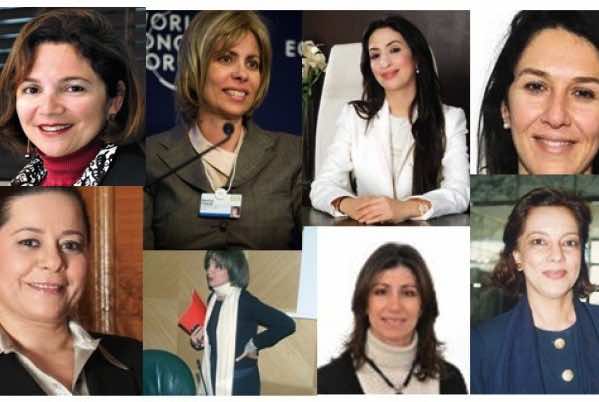 By
Larbi Arbaoui
-
Larbi is a freelance writer and assistant editor at Morocco World News.
Nov 23, 2014
Spread the love

Taroudant – Many of the bright Moroccan women who became influential in the world of business are heirs of great capitalists and daughters of powerful political families.

But whether wives of businessmen, heirs or self-made women, they have one common link: a strong presence and influence in the business world in the kingdom.

In addition to this list of successful women, the Huffington Post Maghreb added three other Moroccan women distinguished themselves in the world of business: Rachida Benabdallah, wife of Mohamed Benchaaboune, president of the Banque Centrale Populaire (BCP), Rita Maria Zniber, head of Diana Holding since April 2014, Fatine Layt, head of a private investment bank in France.

The list of the top 10 influential Moroccan businesswomen is as follows:

Meriem Bensalah Chaqroun is one of the most powerful businesswomen in the country. An MBA graduate in International Managment and Finance from University of Dallas, Texas, USA, Meriem Bensalah Chaqroun was elected Wednesday, May 16, 2012 as President of the CGE M. She also directed for 23 years the mineral water companies Sidi Ali, Oulmes, and Bahia. She is the daughter of Abdelkader Bensalah, founder of the conglomerate Holmarcom, one of the most important industrial commercial and financial groups in the kingdom.

Head of Akwa Group, a distributor of petroleum products, Salwa Akhannouch is a prominent Moroccan businesswoman who heads the franchise group Aksal, founded in 2004. Her ambitious project, Morocco Mall, is the largest shopping center of Africa and the Middle East and in the world top five. Her father, the famous Berber businessman Ahmed Haj Belfiqih, made his fortune in the tea trade. She is married to Aziz Akhannouch, Minister of Agriculture.

Current Associate Vice President of Holdings Group Safari-Sofipar Cofimar, Saida Karim Lamrani is managing and expanding the empire built by her father, Mohammed Karim Lamrani, who was the Prime Minister of the sixth government of Morocco since independence, under the reign of Hassan II.

Nezha Hayat is one of Morocco’s leading company directors and an avowed campaigner for women in business. Founder and deputy chair of the Association des Femmes Chefs d’Entreprises du Maroc, (Association of Women Business Managers in Morocco) Nezha is very attached to the presence of women on boards of directors, and the first woman member of the Executive Board in 2007 to Societe Generale Morocco.

Polytechnique, wife of Mohamed Benchaaboune, president of the Banque Centrale Populaire (BCP) is a specialist in electronic payments. Indeed, it has been able to bring together around a joint banks electronic payment system. Thanks to this technology, customers can by through Internet in Morocco.

A graduate of the Loréate Central School of Paris, Ghita Lahlou is the Executive Director of the group Omni-servicistes Saham. She is an alumna of the Royal holding ONA.

Despite the reorganization of the group on last May, Ghita Lahlou does not lose her influence in Saham she inherits the offshoring center and health center. She is also the head of the new Central School of Casablanca.

Rita Maria Zniber is the head of Diana Holding since April 2014. The group founded by her husband Brahim Zniber, the first winemaker in the kingdom, ranking 7th place of the most important groups of Morocco. It achieves a turnover of 3 billion dirhams and generates over 6,500 direct jobs.

Under the leadership of Maria Rita Zniber, the group joined the capital of French spirits group Belvédère with 13.14%, becoming the majority shareholder. Zniber plans to make Diana Holding a global player in the production of wines and spirits.

This Franco-Moroccan woman appears to be successful in everything she does. From literature and music to the world of finance, Fatine Layt was among the delegation accompanying Hollande on his last visit to Morocco.

After creating three companies, teaching political science and conducted a musician’s career, this wonder woman, 47 years, is currently the head of a private investment bank in France: Oddo Corporate Finance created in 1979 with a capital of 9,000,000 euros.

After graduating from ESSEC Business School in Paris, Souad Benbachir joined CFG Group in 1995 as a Senior Associate and has been heading the Corporate Finance/M&A Department since 1999. She is Board Member of Risma, the Moroccan subsidiary of Accor, and head of the tourist T Capital Fund, and serves on the International Advisory Board of the French business school ESSEC.

Since 1992, Nadia Kettani has been a Partner, Co-Manager and the Head of the International Consulting Department at Kettani Law Firm in Casablanca, one of Morocco’s oldest and most prestigious law firms. Kettani Law Firm’s project and corporate finance experts have been involved in advising the $1.6 billion financing of projects at the port of Jorf Lasfar.