Marrakech - Speaking to MWN on the sidelines of the Global Entrepreneurship Summit that is taking place in Marrakech, Mr. Jerrold Mallory, Economic counselor to the United States embassy in Morocco said that the U.S. is trying to promote its culture of entrepreneurship as a brand to create programs and that Morocco is on the right track in terms of entrepreneurship. 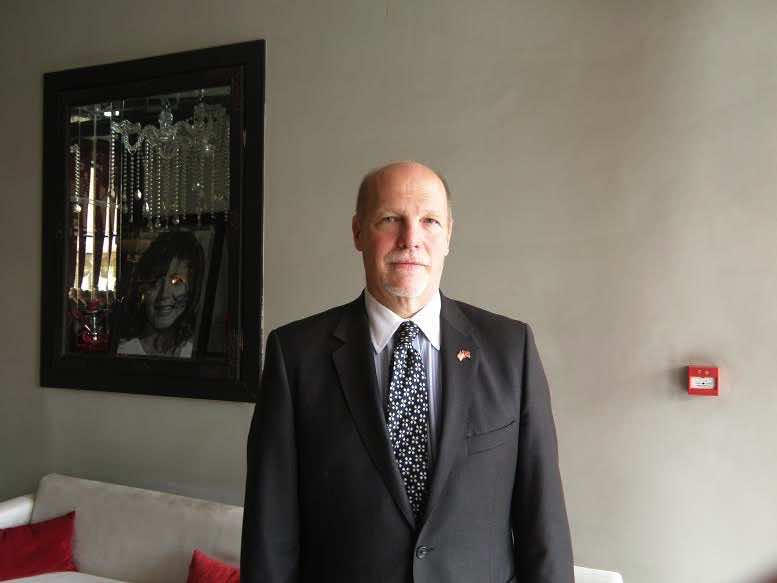 Marrakech – Speaking to MWN on the sidelines of the Global Entrepreneurship Summit that is taking place in Marrakech, Mr. Jerrold Mallory, Economic counselor to the United States embassy in Morocco said that the U.S. is trying to promote its culture of entrepreneurship as a brand to create programs and that Morocco is on the right track in terms of entrepreneurship.

MWN: what is the vision behind having the Global Entrepreneurship Summit here in Morocco?

Mr. Jerrold Mallory: This is actually a continuation of the initiative that was launched by President Barack Obama in Cairo five years ago where he wanted to have a summit between the US and various countries to focus on building entrepreneurship. The vision is that entrepreneurship can bring a lot of benefits to societies by engaging youth and creating opportunities that can help lift societies so that they don’t face problems as the population boom grows and youth can’t find jobs. So, the US sees entrepreneurship as economic driver and also as a stabilizer and a way to make people’s lives better. That was the vision and this year Morocco is hosting because President Obama had asked the king last year if he would be willing to host, the king graciously agreed and they’ve done a fantastic job here.

MWN: Do you think Morocco is on the right track in terms of entrepreneurship?

Mr. Jerrold Mallory: I think Morocco is on the right track.  There needs to be a culture of entrepreneurship if you really want to get the most out of an entrepreneurship society. There has to be an understanding among people living in the country that to start a business and fail a business is not necessarily a failure and that the game is over. It’s just one step towards trying to create another business that might be successful the second time. In a lot of countries, and to some extent in Morocco, failure is seen as a shame, as something that brings shame upon the families. We are trying to use the US entrepreneurship culture as a brand to create programs, policy decisions and interactions with foreign countries to promote this culture of entrepreneurship. Something like the GES would actually raise that awareness in addition to providing opportunities to individual entrepreneurs to connect with each other. Overall, I think we actually have accomplished that.

MWN: The king of Morocco and U.S. vice president addressed the participants at the GES Summit, what is you feedback regarding both speeches?

Mr. Jerrold Mallory: the speech delivered by head of government Benkirane on the king’s behalf laid out some very important issues of what Morocco is doing and we support all the changes that the government is implementing such as proposing a draft law to make it easier for entrepreneurs to operate. I think Morocco is on the right path. As far as vice president Biden, I’ve heard nothing but good comments. Everybody appreciated his remarks and appreciated that he came here to explain what entrepreneurship means for us in America and our interest in helping expand the entrepreneurship brand worldwide because as he said when countries do well, they create more opportunities for the US as well as for those countries themselves.