Marrakech - According to the latest data from the World Bank on Morocco poverty, inequality and insecurity remain significant challenges. 6.3 million people, or one fifth of the total population, live just above the poverty line. The overall unemployment rate remains high at around 9%, the youth unemployment rate in urban areas stands at around 35%. Despite all the efforts, Morocco remains among the least active emerging economies. 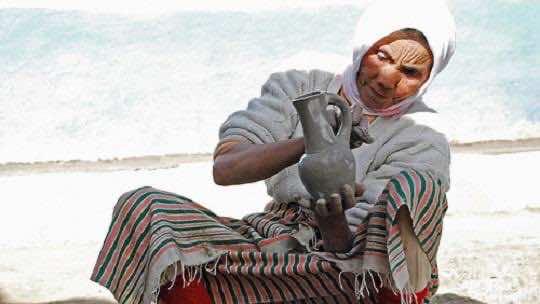 By
Hanane Fakiri
-
Hanane Fakiri is a PhD candidate at the University of Cadi Ayyad, Marrakech.
Nov 23, 2014
Spread the love

Marrakech – According to the latest data from the World Bank on Morocco poverty, inequality and insecurity remain significant challenges. 6.3 million people, or one fifth of the total population, live just above the poverty line. The overall unemployment rate remains high at around 9%, the youth unemployment rate in urban areas stands at around 35%. Despite all the efforts, Morocco remains among the least active emerging economies.

To sustain economic growth and fight poverty, one of the main strategies that were implemented in Morocco was the creation of microcredit sector, a strategy that has seen a lot of success in many countries. The microcredit is a credit whose purpose is to allow low-income people to create or develop their own product or service to ensure their economic integration[1]. The amount of micro-credit may not exceed fifty thousand dirhams (50 000 Dhs[3]).

The microcredit sector in Morocco has been advancing since its creation. It reached its highest point at the year 2007.

Based on the activity report of 1998, Zakoura was one of the most active Moroccan associations; the number of their loans rose by 507% compared to 1997, the value of these loans also increased by 412%, and the repayment rate exceeded 99%.

However, in 2008 the symptoms of the crisis began to emerge. In 2009, Portfolio at risk (PAR) was up to 10%, while universally it did not exceed 5%[4]. The number of active clients and the value of loans were steadily decreasing. The two graphics below illustrate the highs and lows of the sector from 2003 until 2010. 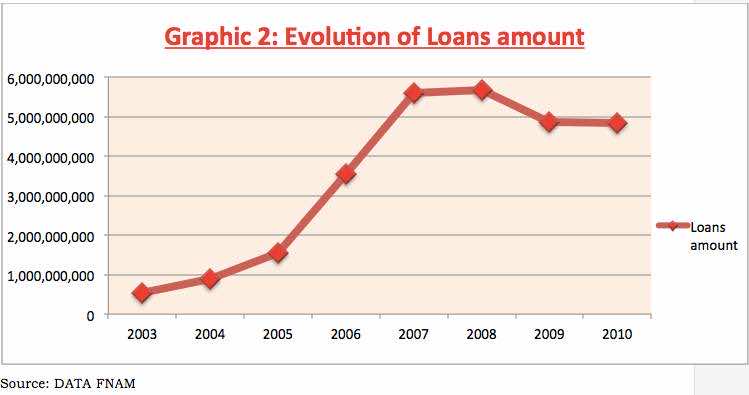 The crisis was caused by intense competition between microcredit associations, which carelessly gave loans to insolvent clients. These clients had the opportunity to benefit from several microcredit offered by different associations at the same time ultimately leading to a debt crisis.

The graphic below illustrates how the sector reached a crisis point. 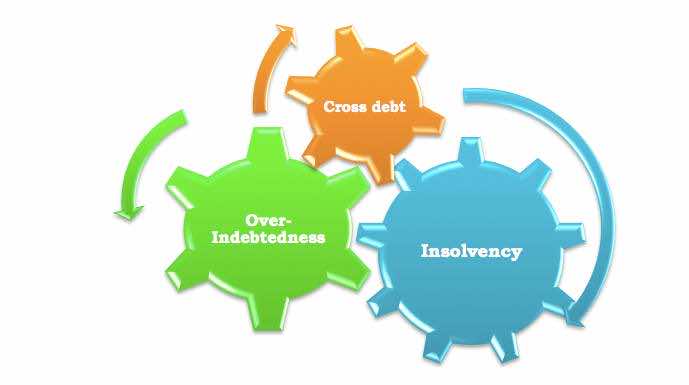 A study by Solène Morvant Roux and Marc Roesch (2013) pointed out that one of the causes of the microcredit crisis is the heterogeneous groups mostly formed by the associations. Credit activity was their only commonality.When one member refused to pay his part of the loan, the other members followed his lead by not paying their parts also[5].

Loan officers were also affected by the crisis because an important part of their salary depended on the number of new clients and loans they granted. The crisis forced them to work and focus on the recovery of loans rather than on getting new clients. Their efforts did not lead to the recovery of most of the loans since clients simply refused to pay their loans.

Since the end of 2009 the microcredit sector has begun recovering after the crisis, relying on a set of strategies such as using central risk. It is a system that allows the identification of clients who already benefit from microcredit from different associations at the same time, which has worked to avoid the cross debt.

Also, mapping the microcredit sector that has allowed regulating the geographical distribution of the new agencies, the associations have started to inform the National Federation of Microcredit Associations about each new agency at least two months before granting their first loan. Furthermore, the personnel of the associations were enrolled in learning programs in order to know more about the development of the new strategies implemented in the microcredit sector.

The Moroccan microcredit sector has been through some ups and downs. There were some growing pains during 2008 crisis. However, by implementing new strategies, the sector has now fully recovered and is on a steady increase since 2009.

[3]Forbes‘ first-ever list of the World’s Top 50 Microfinance Institutions were chosen from a field of 641 micro-credit providers. The list was prepared by the Microfinance Information Exchange (www.themix.org) under the direction of Forbes magazine. To qualify, the institutions must have made available their audited financials and must have passed review by a Forbes panel of advisers.

The table gives the rank (out of 641) for the top institutions according to scale, which is based on the size of their gross loan portfolio; efficiency, which considers operating expense and the cost per borrower as a percent of the gross national income per capita of their country of operation; risk, which looks at the quality of their loan portfolios, measured as the percent of the portfolio at risk greater than 30 days; and return, which is measured as a combination of return on equity and return on assets. Each category is equally weighted for an institution’s overall ranking.