Rabat - Former Algerian international player Rabah Madjer said that Morocco's request to postpone the 2015 African Cup of Nations at the last moment is unacceptable, pointing at the same time that the Moroccan national team of football was the victim following the exclusion from the African tournament by the Confederation of African football (CAF). 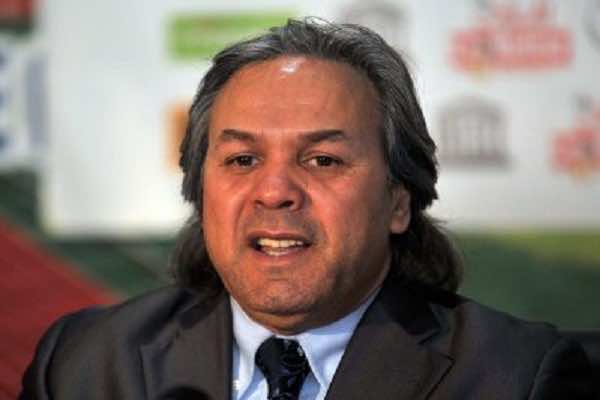 Rabat – Former Algerian international player Rabah Madjer said that Morocco’s request to postpone the 2015 African Cup of Nations at the last moment is unacceptable, pointing at the same time that the Moroccan national team of football was the victim following the exclusion from the African tournament by the Confederation of African football (CAF).

In an interview with Reuters agency on Sunday, Rabah Madjer, who is widely remembered for his famous back-heeled equalizer during the European Cup final against Bayern Munich in 1987, said that Morocco knew that requesting to postpone the tournament at the last moment will bring harsh sanctions to Moroccan football, adding that each party shall bear its responsibilities and that Morocco is “well aware of the reasons for not willing to host the African competition.”

Commenting on his country’s chances to lift the African prestigious trophy, Madjer said that Algeria’s journey in the finals set to take place in Equatorial Guinea is difficult, mentioning the weather as one of the factors that could stand between Algeria and the African glory.

“All things are possible for Algeria. But it is difficult because Algeria had never done this thing even in the years of the eighties when we had a great team. We reached the final in 1980 but lost three goals against Nigeria,” he said.

He emphasized that it is always difficult for Arab national teams to play in Africa.

“Things will be very difficult for Algeria and Tunisia in equatorial Guinea because of climatic factors such as high temperature and extreme humidity,” he added.