Rabat - A report from the Institute for Economics and Peace (IEP) on the economic cost of violence containment to the world economy, has revealed that Morocco's violence-related costs constitutes 4, 6% of the country's GDP or $8,375 billion dollars. 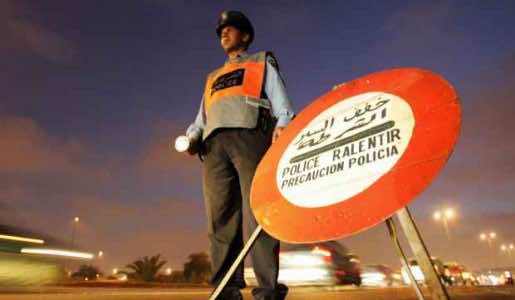 Rabat – A report from the Institute for Economics and Peace (IEP) on the economic cost of violence containment to the world economy, has revealed that Morocco’s violence-related costs constitutes 4, 6% of the country’s GDP or $8,375 billion dollars.

This is the equivalent of $260 paid by every Moroccan to help in the effort of reducing thirteen different types of violence, says IEP, a non-profit think tank with offices in Sydney, New York and Oxford.

In addition to military expenditure, the report based on other forms of violence containment such as homicides, internal security, violent crime, private security, incarceration, GDP losses from conflict, deaths from internal conflict, fear, terrorism, IDPs and refugees, and UN peacekeeping.

The kingdom was ranked 81 in terms of expenditure on violence containment out of 152 countries, right between Montenegro and Cyprus.

Algeria, a neighboring country and one of the reasons behind Morocco’s expensive violence containment bill, was ranked 27 with an estimated $25.7 billion dollars in violence-related costs.

With 9% of its GDP devoted to armament race and containing other forms of violence, the report ranks Algeria as one of the countries among the countries with the highest expenditure in the world.

IEP defines violence containment spending as economic activity that is related to the consequences or prevention of violence where the violence is directed against people or property.

Globally, the report has found that the expenditure on violence containment is significant, amounting to $9.46 trillion dollars, or almost 11 percent of World GDP. This is the equivalent of $1,300 for each person in the world.

According to the findings, this is almost double the value of world agriculture production estimated at around $5 trillion dollars.

The report added that if violence containment was reduced by 15% the world would save 1.4 trillion dollars which means providing the necessary money for the European Stability Fund, repay Greece’s debt and cover the increase in funding required to achieving the United Nation’s Millennium Development goals.

The report also found that some of those countries that were found to have the highest expenditure on violence are also some of the poorest.

For example, North Korea, Syria and Liberia were found to be the most countries that spend almost 25% of their GDP on violence containment.

“While expenditures on containing and dealing with the consequences of violence are important and a necessary public good, the less a nation spends on violence related functions, the more resources can be allocated to other more productive areas of economic activity,” concluded the report.